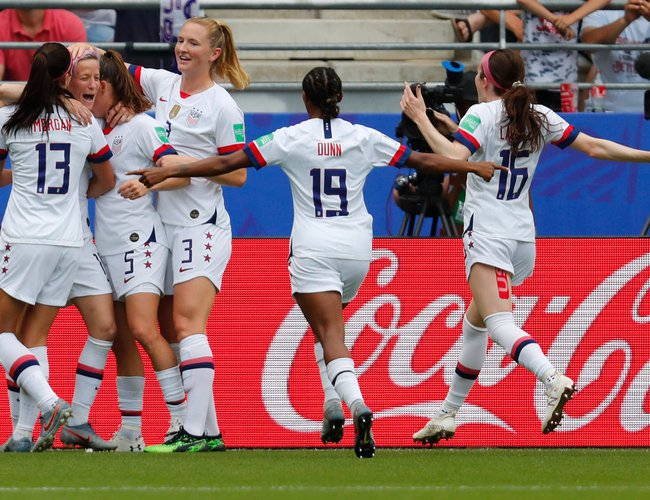 Rapinoe scored two penalties in Monday's 2-1 victory over Spain, as the holders set up the tie in Paris.

The two sides were the pre-tournament favourites and both topped their groups, with a semi-final against England or Norway awaiting the winners.

"This is the game everyone had circled," said Rapinoe.

"This is incredible for the women's game. You have two heavy-hitters meeting.

"I hope it's wild and crazy. I hope the fans are crazy, there is tons of media around it and it is just a big spectacle." The USA are top of the world rankings and their only defeat since 2017 came against France in January.

Their Britain-born head coach Jill Ellis, who was in charge when they won the World Cup in 2015, added: "It's going to be an amazing game. I'm sure a lot of people would want it later in the tournament.

"It's probably going to be crazy with a lot of intensity, but that's as it should be because I truly think this is the world game for women, so what a showcase piece."

France are bidding to win their first major tournament, while the USA are attempting to lift a record fourth Women's World Cup. 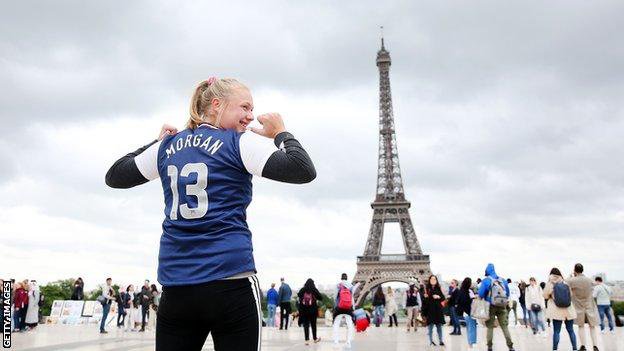 Despite the two teams being the favourites from the outset, neither has appeared invincible so far in the knockout stages.

Less than 24 hours after France needed extra time to overcome Brazil in their last-16 tie, the defending champions were thoroughly tested by Spain in Reims.

Against Spain, Ellis' team conceded a goal for the first time at these finals, and occasionally appeared sloppy at the back, in a game some bookmakers had them down as 1-10 odds-on favourites to win.

Former USA goalkeeper Hope Solo said there were many things to question about her former side's display, telling BBC Radio 5 Live: "When you have that much attacking prowess, to not get a goal in normal play is concerning.

"Many teams have proved they can beat the USA. If you want to beat the USA you have to press the backline.

"That's where they are truly vulnerable. It's the decision-making, it's the quality of passing - and I think there are nerves back there."