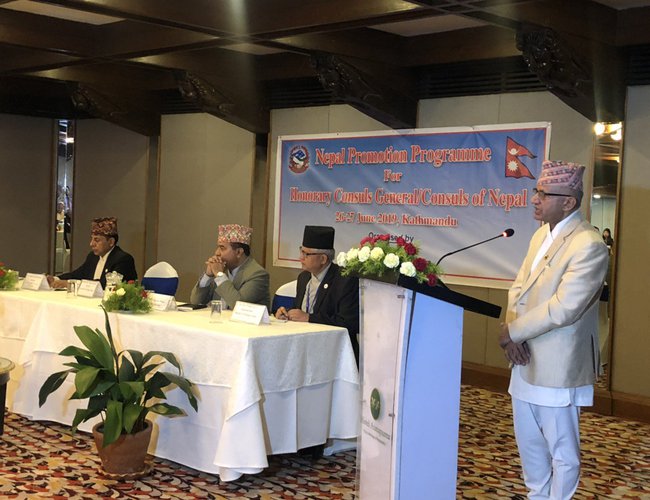 Prime Minister K.P. Shrma has appreciated their contributions made towards the cause of Nepal and Nepali people and urged them to focus their efforts on promoting Nepal as an attractive destination for tourism and foreign investment.

Organized by the Ministry of Foreign Affairs, a two-day 'Nepal Promotion Program for Honorary Consuls General/Consuls of Nepal' concluded today.

The Program was the first of its kind aimed at orienting Nepal's Honorary Consuls General/Consuls (HCG/HCs) abroad on different aspects of economic diplomacy including trade, investment, tourism and foreign employment.

The HCG/HCs had a collective call on the Prime Minister K P Sharma Oli this morning. In his keynote speech at the inaugural session of the Program yesterday, Minister for Foreign Affairs Pradeep Kumar Gyawali shared with the participants the recent achievements made by Nepal in the areas of political and socio-economic development.

He advised the HCG/HCs to further promote Nepal's economic diplomacy in line with the national aspiration of 'Prosperous Nepal, Happy Nepali' and the development priorities of the Government of Nepal. 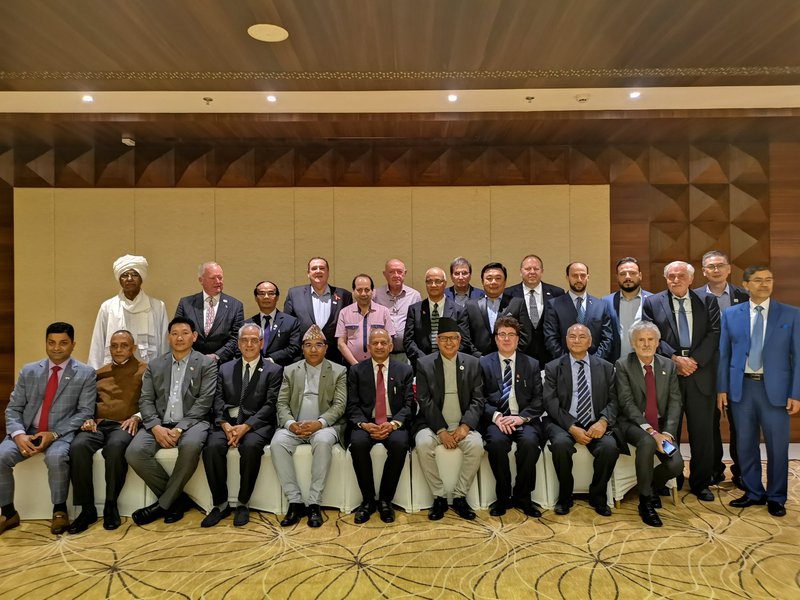 Delivering his remarks at the concluding session, Foreign Secretary Shanker Das Bairagi urged the HCG/HCs to continue promoting Nepal's development priorities in collaboration with the Ministry of Foreign Affairs and Nepali Missions abroad.

Over the last two days, various presentations were made by the experts from government and private sectors on the issues such as Nepal's foreign policy priorities, trade, investment and tourism potentials, foreign employment, protection of the interests of Nepali diasporas, and consular and visa services, among others.

According to a press release issued by Ministry of Foreign Affairs the participating HCG/HCs expressed their happiness on the opportunity to attend the program and exchanged views on better promoting Nepal's interests abroad.

Nepali Embassy In London To Open All Days By NEW SPOTLIGHT ONLINE 1 hour, 45 minutes ago