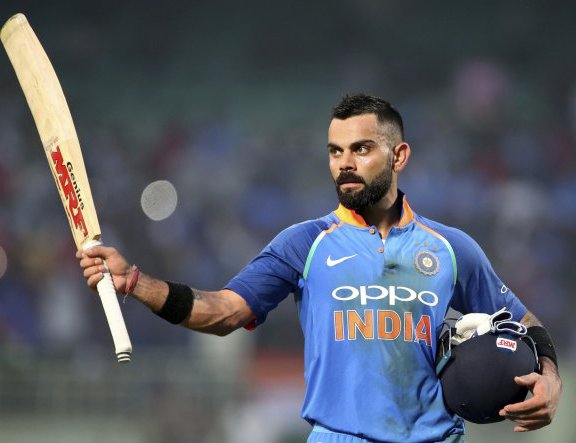 Virat Kohli became the fastest to 20,000 international runs when he reached 37 during India's 6th match of the 2019 Cricket World Cup against West Indies in Manchester on Thursday. Kohli broke a long standing record held jointly by Sachin Tendulkar and Brian Lara.

Kohli also has 41 ODI hundreds, second only to Sachin Tendulkar's 49 hundreds in the 50-over format.

In the 2019 World Cup, Virat Kohli has been in solid form. After falling cheaply against South Africa, he scored 82 against Australia, 77 against Pakistan and 67 against Afghanistan.