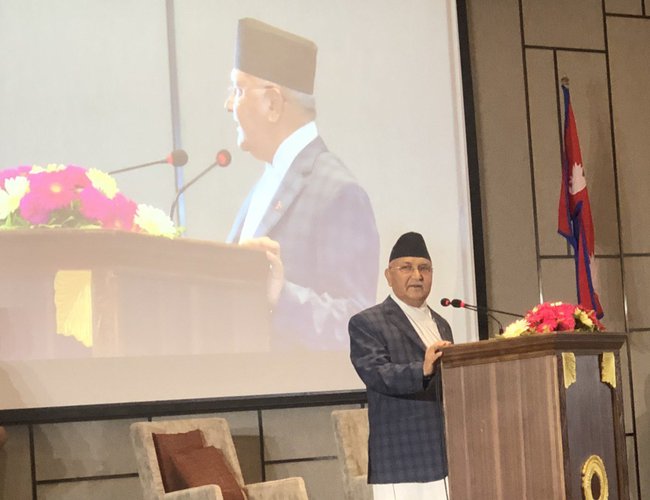 “We do not hug one and place other in distance. We are following neutral foreign policy safeguarding sovereignty of the country,” said Prime Minister K.P. Sharma Oli, delivering a key note address at the National Dialogue on Foreign Policy in Kathmandu this morning.

For the last many years, Nepal has been following non-aligned foreign policy on the basis of Panchasila and non-interference on each other’s soverignty. However, Prime Minister Oli used the terminology of neutrality in a public function.

Prime Minister Oli said despite claiming to have a good relation with neighboring Indi, there continue frictions between the both countries. He also said that efforts are underway to end disputes.

Foreign Minister Pradeep Kumar Gyawali outlining the orientation and priorities of Nepal's foreign policy and diplomacy at the National Dialogue on Foreign Policy..

Minister Gyawali also facilitated a Session on 'Changing Geopolitics: Neighborhood and Major Powers. Participated by various ministers, leaders of political parties and intellectuals, several were presented in one day discourse. 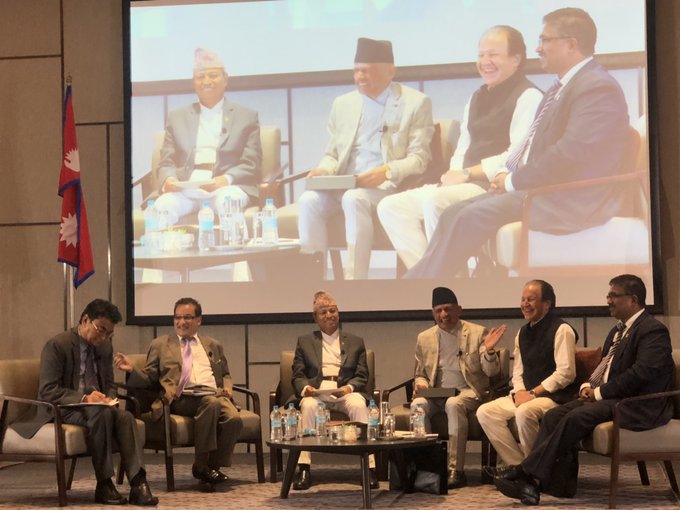 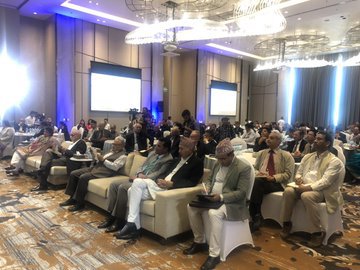 Monsoon Takes 77 Lives In A Month By NEW SPOTLIGHT ONLINE 6 hours, 26 minutes ago