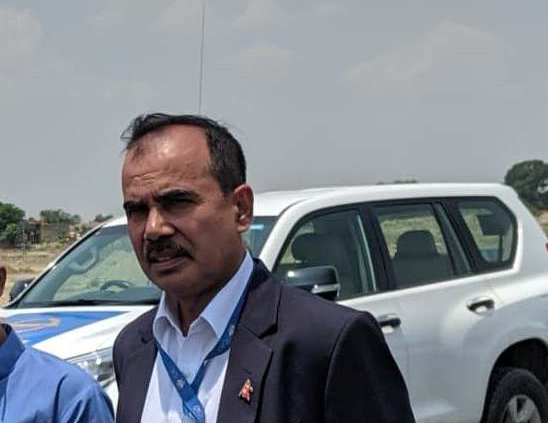 Newly appointed Director General of Civil Aviation Authority of Nepal (CAAN) Rajan Pokharel said that his foremost priority is to make Nepal’s aviation sector save and secure. He also said that removing Nepal from European Aviation Safety Agency (EASA) is other priority.

Nepal Government has appointed Rajan Pokharel as a new Director General of Civil Aviation Authority of Nepal (CAAN). The decision of Pokharel’s appointment was taken by cabinet meeting on Thursday.

Pokharel, officiating Director General, was appointed for four years tenure to lead CAAN, Nepal; aviation regulatory institution. Having a long experiences working in CAAN, Pokharel said that he is committed to make aviation sector safe and secure in Nepal enhancing the infrastructures of aviation sector as a whole.

He said that he will work in collaboration with airline operators improving the aviation security and improvement of infrastructures at international airports under construction and domestic airports.

Director General Pokharel said that the challenges before hi is how to continue the efforts to sustain existing safety situation and progress made towards the sector and institutional reform of Civil Aviation.