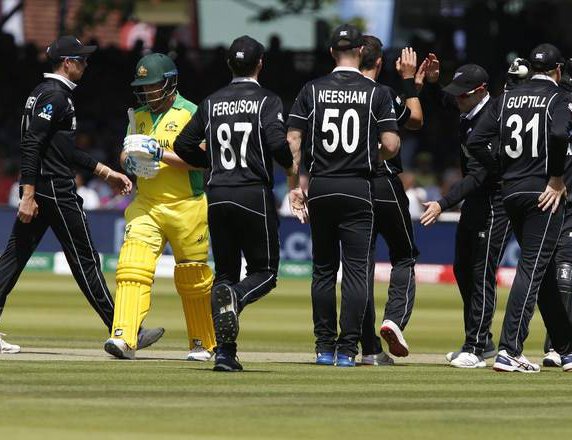 Australia threw New Zealand's bid to reach the World Cup semi-finals off course as they beat their old rivals by 86 runs.

The Black Caps made a poor fist of chasing 244, bowled out for 157 after a Trent Boult hat-trick earlier restricted Australia to 243-9.

Usman Khawaja (88) and Alex Carey (71) were the only batsmen to settle for the defending champions, adding 107 for the sixth wicket.

But New Zealand struggled to build partnerships in reply as Australia strangled them with disciplined bowling, Mitchell Starc taking 5-26 to lift his wicket tally for the tournament to 24.

In a repeat of the 2015 final, Australia emerged victors over their Trans-Tasman neighbours once again.

But having already booked their semi-final place with victory against England on Tuesday, this win maintained momentum in their bid to retain the trophy.

New Zealand's second defeat in a row after going unbeaten for the first six games of the tournament leaves them still uncertain of reaching the knockout stage.

Their final group game comes against hosts England at Chester-le-Street on Wednesday, where both sides could need victory to reach the last four.

Having been edged out by Pakistan last Wednesday by six wickets, this defeat may well have left a few mental and physical scars after an impressive display in the field seemed to put them on course for victory.

David Warner headed off to hospital not long after the game to join his wife Candice, who is set to give birth to their third child either later tonight or overnight.

For the first time since West Indies had them in disarray at Trent Bridge in their second game, Australia's top-order batting failed to fire.

It left them, through some much-needed runs for number three Khawaja and another impressive effort by wicketkeeper Carey, to set New Zealand a modest 244 on a baking-hot June evening.

But back at the scene of their impressive win over England and on the same pitch where their seam bowlers better-exploited the conditions, it was a real team effort in this victory.

Captain Aaron Finch decided to use eight different bowlers, potentially to find out what alternative plans could be called upon in the semi-final.

But left-armer Jason Behrendorff (2-31) helped set the tone with another fine spell that accounted for openers Martin Guptill and Henry Nicholls while Starc again proved too hot to handle.

However, surprise appearances with the ball from both Finch himself and Steve Smith - bowling in an ODI for the first time since January 2016 - helped turn the screw.

Earlier in the contest, it all seemed set up for a New Zealand victory after an eye-catching display in the field.

Despite losing the toss and fielding first on the hottest day of the year, the Black Caps were straight into the much-vaunted Australia opening pair of Finch and Warner.

The tournament's two leading run-scorers were back in the pavilion inside the first 10 overs for eight and 16 respectively, two dismissals which set up some show-stealing moments.

Martin Guptill, who had earlier put down two tough chances when Finch and Khawaja were both on nought, clung on to arguably the catch of the World Cup so far.

'We All Want Messi To Come To PSG!' - Paredes Echoes Neymar's Call For Argentine To Move To France By Agencies 10 hours, 51 minutes ago 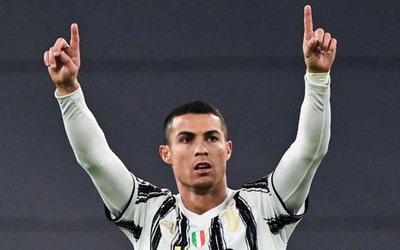 'Diego is Argentina, He's Going To Live Forever' - Maradona Leaves A Nation In Mourning By Agencies 1 week ago