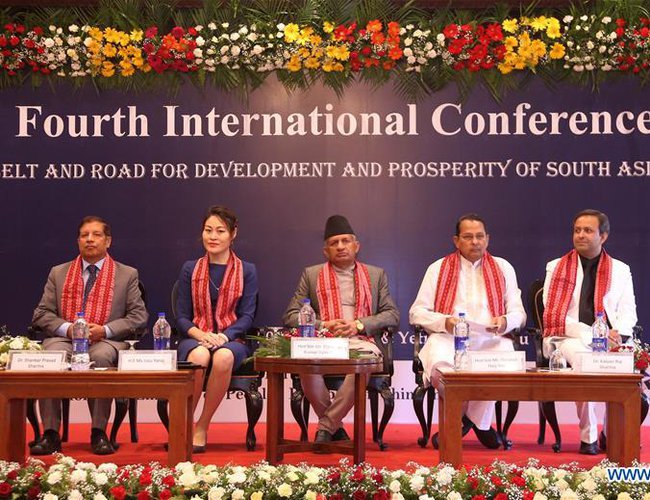 At a time when there is a growing concern over geo-strategic and economic implications of BRI, Nepal-China Friendship Forum, a Nepali think-tank, hosted a 2-day International Conference on BRI.

The conference made efforts to highlight that BRI aimed to improve infrastructure and connectivity for a country like Nepal.

Belt and Road has achieved global importance as increasing number of countries and international organizations have entered into cooperation with China to become a part of this initiative, said minister Gyawali, adding, "The Belt and Road Initiative has been established as the most important initiative of the world. This is a fact of our time. The Belt and Road Initiative is an inclusive concept which aims to promote shared benefits, good governance, enhanced railroad connectivity and sovereign decision-making of the relevant countries."

Gyawali said that South Asia holds tremendous potentials for economic development as countries in this region have many commonalities on language, culture and civilization while they are striving for sustainable peace.

"We want to develop ports, railways, highways and information ways under the framework of the Belt and Road Initiative. Landlocked countries like Nepal want to reap benefit from the enhanced connectivity," said minister Gyawali. 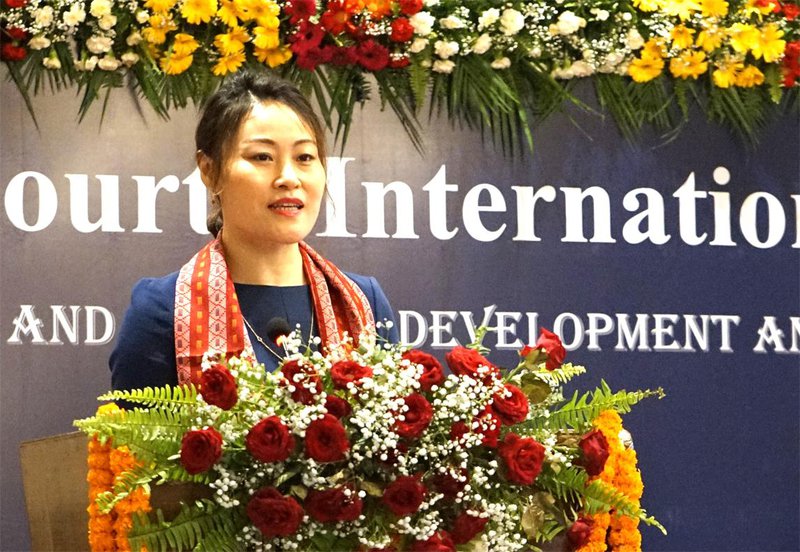 Highlighting its implications for the South Asian countries, Chinese Ambassador to Nepal Hou Yanqi said the South Asia region plays an important role in the China-proposed Belt and Road Initiative.

"We want to have more meaningful cooperation with South Asian countries under the BRI framework. We are currently constructing the China-Pakistan Economic Cooperation and Hambantota Port in Sri Lanka," said the ambassador.

"Glad to attend the Fourth International Conference on Belt and Road for Development and Prosperity of South Asia. China will further enhance cooperation under BRI to promote the economic and social development with neighbors including South Asian countries."

"The Belt and Road Initiative follows the principle of mutual benefit, shared interests and win-win cooperation. No countries have fallen into debt trap since China launched the BRI," said the ambassador.

He said that Bangladesh has been engaged in regional and multilateral forums like Belt and Road Initiative, Bay of Bengal Initiative for Multi-Sectoral Technical and Economic Cooperation (BIMSTEC) and South Asian Association for Regional Cooperation (SAARC), and these forums are important to promote regional and bilateral connectivity among the countries.

"Belt and Road Initiative provides mutual benefit to the participating countries in the field of connectivity and physical infrastructure development," said Chairman of the Nepal-China Friendship Forum Kalyan Raj Sharma, who was delivering his welcoming remarks,

"BRI is upholding the principles of mutual support and win-win cooperation. It is creating various economic opportunities for South Asian countries including Nepal," said Sharma.

Sharma said that Nepal, as a participating country of the BRI, is working with China to improve its people’s livelihood and bring more Chinese FDI to the country.

Attended by scholars and experts from Nepal, China and other Asian countries including India, Pakistan, Bangladesh, Laos, Malaysia and the Philippines, the first day of the conference ended with a high-level plenary session on Belt and Road for shared development and prosperity of South Asia.

On the second day of the international conference, scholars and experts will deliver their remarks on "BRI lessons from ASEAN," "BRI for trade and connectivity in South Asia," and "Trans-Himalayan cooperation for shared prosperity."

Although Nepal is yet to sign any agreement under BRI, participating Chinese scholars tried to assure the countries that BRI is a win-win for all through the fourth international conference.

King Birendra And His Family: Nineteen Years After Massacre By NEW SPOTLIGHT ONLINE 1 day, 5 hours ago

NEPAL-INDIA Bonds Across Border By Keshab Poudel 2 days, 21 hours ago

India Open To Engaging With Nepal In An Environment Of Trust And Confidence: MEA Spokesperson By NEW SPOTLIGHT ONLINE 4 days, 8 hours ago