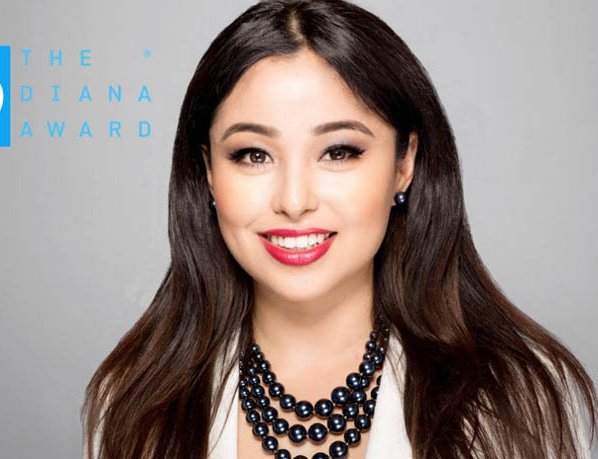 Amatya becomes the first Nepali to win the award. Established in the memory of Diana, Princess of Wales, after her death in 1997 AD, the award has been honoring young people who are actively involved in humanitarian efforts.

The award is supported by the members of the British royal family, Diana’s two sons — the Duke of Cambridge Prince William and the Duke of Sussex Prince Harry.

Kanchan’s entry on the Diana Award 2019 Roll of Honor describes her as “ a passionate anti-poverty activist, women’s rights advocate and social entrepreneur.” Amatya has been serving as a UN Women’s Global Champion for Women’s Economic Empowerment and is the founder of youth-led social enterprise, Sustainable Fish Farming Initiative, which works with rural farmers to combat extreme hunger and poverty.

While receiving the award, Amatya said that her commitment to inspire and mobilize the new generation of Nepali youths to serve their community will continue and she aspires in creating a world where nobody is uneducated or goes hungry, even for a single day.

Amatya was presented with the distinction on the occasion of late Princess Diana’s 58th Birthday.

Established in memory of Diana, Princess of Wales, the Award is given out by the charity of the same name and has the support of both her sons, The Duke of Cambridge and The Duke of Sussex.

”The “exceptional young people have demonstrated their ability to inspire and mobilize their own generation to service their communities through campaigning, volunteering, fundraising, tackling bullying or overcoming extreme life challenges.” The chief executive of the Diana award Tessy Ojo says, “We know by receiving this honor they will inspire more young people to get involved in their communities and begin their own journey as active citizens.”

Nepal Is Working With India To Resolve Kalapani Issue By NEW SPOTLIGHT ONLINE 6 hours, 12 minutes ago