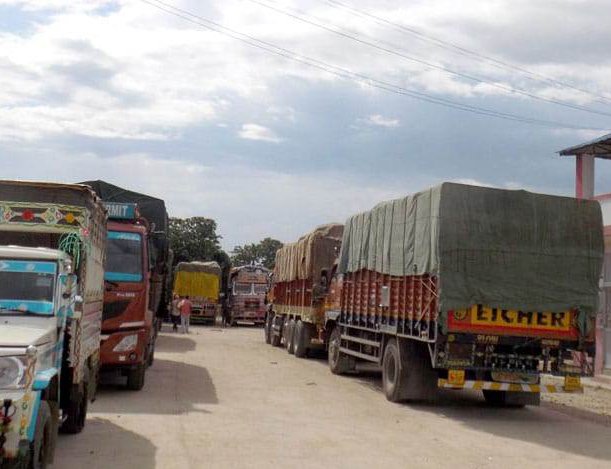 Implemented without adequate preparations, the decision of Nepal government to impose mandatory lab test for imported Indian vegetables and fruits has created a lot of complications for the Indian exporters and Nepali importers.

After the implementation of the decision, all the Indian vegetables and fruits have to pass through a mandatory laboratory test. Since none of the custom points have lab testing facilities, the exporters have to come up to Kathmandu for testing certificate leaving their perishable vegetables products at the border.

With a longer process, many angry exporters have thrown their products at the road side losing money. Nepali officials are saying that Indian farmers use excessive volumes of pesticide in their project and making mandatory testing will reduce the risk to human life.

Indian products will be allowed to entry Nepal only after securing the green signal from pesticide control labs of Nepal. In Nepal-India at Sunauli, Nepalgunj, Birgunj, Biratnagar and Kakarvita borders hundred of trucks carrying vegetables and fruits are waiting a green signal to enter Nepal.

Indian traders said that the prices of the products will increase due to the test. Chairman of Indian vegetable Association importer Babul Singh said that they need to go to Kathmandu for testing. He said that traders and farmers have been losing huge money due to these new regulations.

“We are talking with the high level officials regarding the obstruction created by Nepal’s new regulations,” said Babul Singh to Janjagaran,

District Magistrate of Maharajgunj District of India Amarnath Upadhyaya said that he does not receive any official letter from Nepal regarding this new move. “We will take this issue with Nepali counterparts,” DM Upadhyaya told to Jangagaran .

Chief of Bhairawa Custom Office Kamal Bhattarai said that the decision was taken following the publication of new regulations which has made a mandatory test of level of pesticides in the vegetables and fruits.

NAC Brought 17 Death Bodies Of Nepalis From Malaysia By Agencies 2 days, 12 hours ago