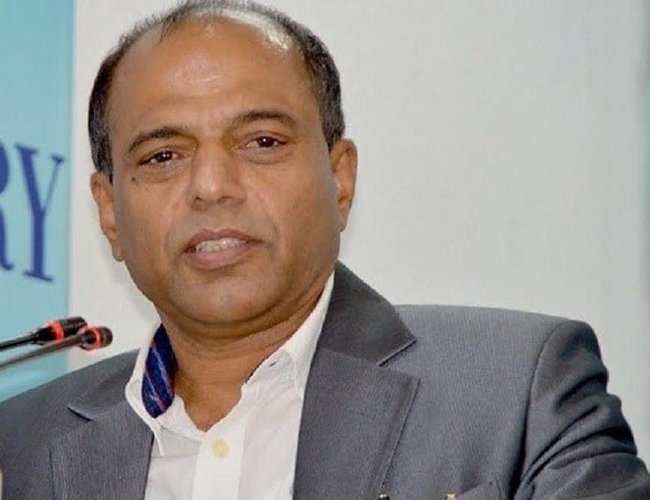 Minster for Agriculture and Livestock Chakrapani Khanal said that it will take at least one uear to resume integrated pesticide testing of vegetables and fruits imported from India and third countries.

Minister Khanal issued his statement came when there are massive opposition is coming from all the sector against the government decision to suspend the testing for six months.

Replying queries regarding his ministry at National Assembly, Minister Khanal has made it clear that the process of construction of testing labs and installed equipments is a long process.

"Six months will take to construct infrastructures but it will take another six months to start the testing. We also need 4 billion rupees to set up such facilities and the Ministry has already demanded the budget," said Minister Khanal. " I do believe that it is impossible to start in six months."

"We have now seven labs situated in different provinces. There are labs in Sarlahi for Province 2, KaliMati for province 3, Pokhara in Gandaki Province and Butwal and Birtamod in Province 1," said Minister Khanal. "Central lab can test 29 different pesticides but we have been testing only two parameters."

Minister also said that 14 quarantine posts were established adding 312 new employees during the last one year. He said that the decision was rebuked following a proposal of Ministry of Industry, Commerce and Supply. " My duty is to implement the decision of cabinet. After the cabinet decision, we have withdrawn the mandatory testing," said minister Khanal.

He also said that there are lack of coordination between two ministries due to the overlap of their duties. Although we take separate decisions, they are related to both of us. Commerce ministry took the decision on the basis of Export Import act but Ministry of Agriculture has to carry out it. The Ministry of Commerce send the proposal to implement the pesticide testing issue and my ministry implemented the decisions.

Twelve Nepali Migrant Returnees Killed and 20 Injured In a Bus Accident In Banke By NEW SPOTLIGHT ONLINE 6 hours, 39 minutes ago

Nepal Extends Lockdown Until June 14 And Suspended All Flights Till June 30 By NEW SPOTLIGHT ONLINE 1 day, 17 hours ago

More Than Half A Million Nepali Foreign Migrant Workers Registered For Repatriation By NEW SPOTLIGHT ONLINE 2 days, 6 hours ago