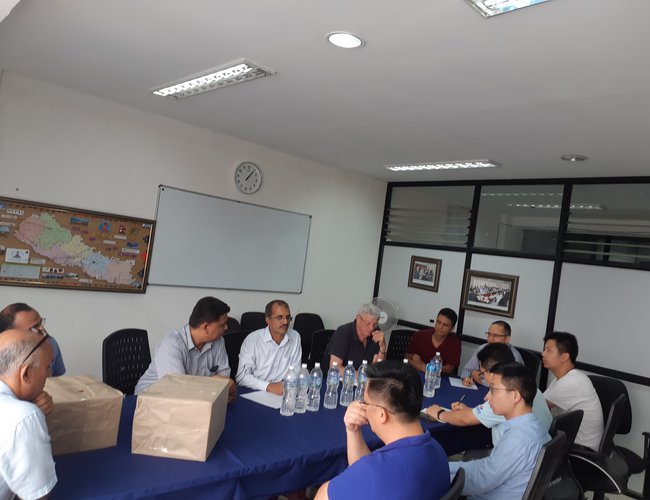 Four contractors have submitted the tender for the construction of dam of 140 MW Tanahu Hydropower Project. Yesterday was the last day for the submission of technical and financial proposals.

According to a press release issued by Tanahu Hydropower Limited (THL), as per the procurement directives of Asian Development Bank, major donor of the project, the company published the tender notice seeking submission of technical and financial proposal in same round in April.

Managing Director of Tanahu Hydropower Limited Pradeep Kumar Thike said that the financial proposal will be opened on the basis of evaluation of efficiency of technical proposal of the company. He said that the evaluation of technical proposals will be completed by August 2019 and will be sent to ADB for final consent. The THL is planning to sign contract agreement by October and mobilize the contractors by December 2019.

After the termination of contract with Italian CMC Company, THL published an international bidding notice in April. Initially, the last date of submission was 9 June 2019. It was extended further 28 days with the request of interested parties.

Under this tender, a contractor has to construct 140 long Concrete dam, two River Diversion Tunnels, and a Coffer Dam. For the construction of first package, the project has received the concessional loans from Asian Development Bank, European Investment bank.

Chinese Company Syno Hydro Corporation, which was selected for second package, has already started the work. The company is constructing tunnel, powerhouse, supply of hydro-mechanical and electrical equipment, installations and operation.

Sino hydro is currently constructing buildings for project office, worker residence and road for the construction sites and other surveying and design. Under a third package of the project, a contract agreement has already signed contract agreement with and Indian Company to construct 220 kV double circuit transmission line from Damauli to Bharatpur.

With the total cost of 550 million dollar with the interest of construction period, Asian Development Bank will provide 150 million, JICA 180 million, European Bank Ltd 8.5 million and the government and Nepal Electricity Authority will invest 8.7 million dollar.

The project will be estimated to be completed by June 2024.The project is a storage type plant capable of supplying peak power for minimum of 6 hours daily. The power will be evacuated through a 40 km long 220 kV double circuit transmission line to New Bharatpur sub-station.

Kaligandai A Hydropower Shut Down, No Disruption In Electricity Supply: MD Ghising By NEW SPOTLIGHT ONLINE 1 month, 1 week ago