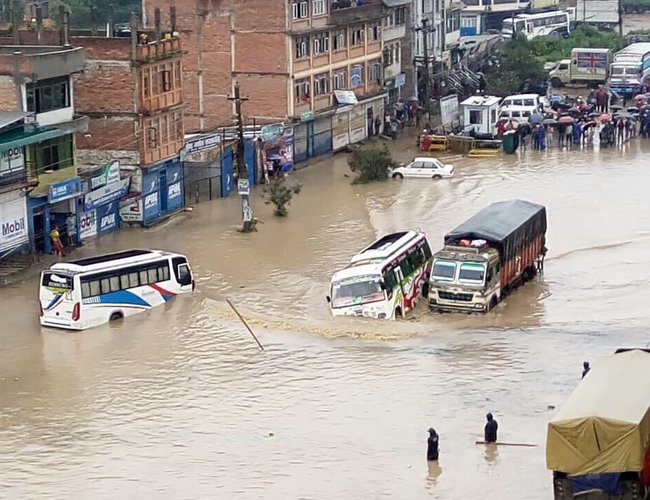 The Monsoon trough is now above terai of Nepal. Similarly, there is a low pressure area in eastern and central reason. This will results in very active monsoon for coming 2-3 days

The foothills of eastern and central Nepal have been observing heavy to very heavy rains for the last 24 hours. In the last 24 hours, the intensity has increased further and more heavy Monsoon showers are likely to lash these areas for the next two to three days. The heavy downpour has already created a flood-like situation in many parts of the state.

Meteorological Forecasting Division expects that the intensity to increase further as a Low-Pressure Area is over Terai. Hence, heavy to very extreme rains will be a sight in the northern districts of Bihar. While light to moderate rain is with one or two heavy spells will be seen in central and eastern Nepal.

Thereafter, light to moderate rain along with a few heavy spells might continue to be observed at many places until July 13 or July 14. 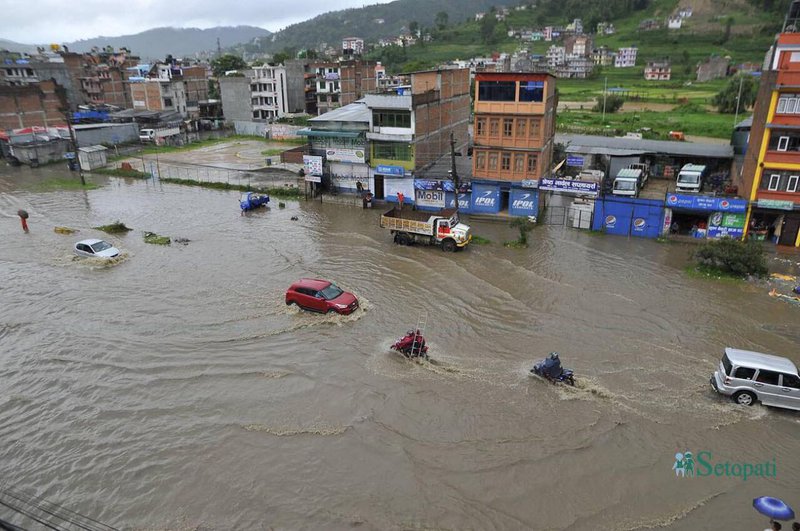 The water level is also likely to rise in the rivers like Karnali, Gandak, Bagmati, Kamala, and Kosi which in turn would lead to the inundation of many districts of Bihar.

Heavy Rainfall Is Likely At One Or Two Places Of Province 1, Gandaki And Province 5 By NEW SPOTLIGHT ONLINE 1 day, 17 hours ago

Heavy Rainfall Likely At One Or Two Places Of Province 1,2, Gandaki and 5 By NEW SPOTLIGHT ONLINE 2 days, 17 hours ago

Moderate Rain Will Likely To Occur In Many Parts Of Country By NEW SPOTLIGHT ONLINE 3 days, 16 hours ago

Monsoon Is Over Across Nepal, Heavy Rainfall At Few Places By NEW SPOTLIGHT ONLINE 4 days, 17 hours ago