Nepal Issues A Flood Warning In The Low Land Area of Province 1, 2 And 3

Nepal Issues A Flood Warning In The Low Land Area of Province 1, 2 And 3 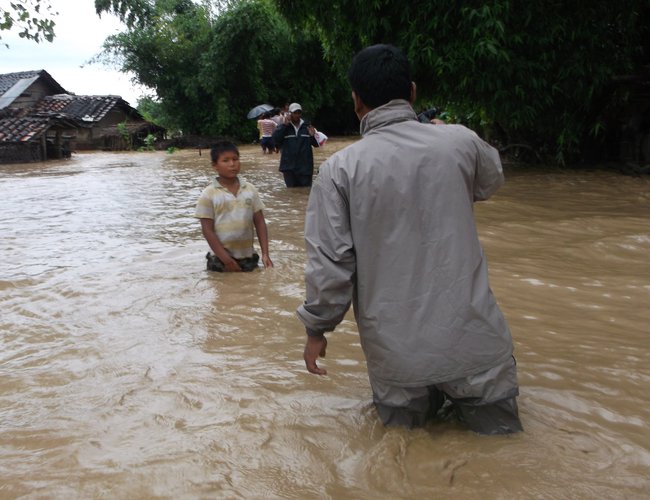 Heavy downpour has already triggered a flood-like situation in some places and now with rains likely to intensify further, some intense flooding cannot be ruled out.

According to Flood Forecasting Division as the intensity of rain increases along the foothills of Nepal, the level of water increased in most of the rivers. The heavy downpour may aggravate the flood-like situation. Rivers like Kosi, Baghmati, Lal Bakiya, East Rapti, Kamala, and Kankai are swelling crossing the threat limit.

A well-Marked Low-Pressure Area is near Nepal extending from east to west. In the wake of these systems, rains will significantly increase in Nepal during the next 24 hours. Places lying along the foothills Janakpur, Biratnagar, Birtamod, Siraha and Rajbiraj have already facing water logging. 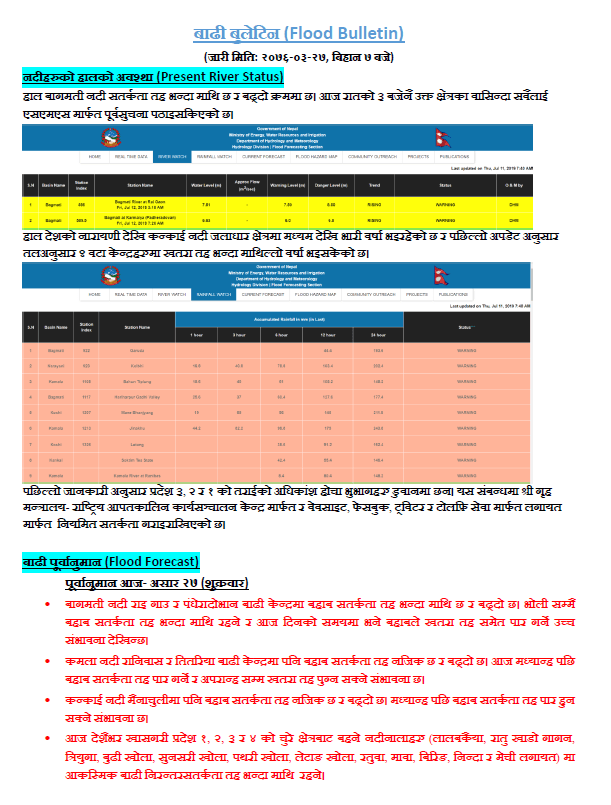 Meteorological Forecasting Division said that In the last 12 hours, Simara has recorded 206 mm of rainfall followed by Kathmandu 51.0, Okhaldhunga 107.0, Taplejung 26.0, Dhankuta 103.0 and Biratnagar 172.0

Right Rain Likely To Occur In Few Places Of Eastern And Central Hill By NEW SPOTLIGHT ONLINE 2 days, 17 hours ago