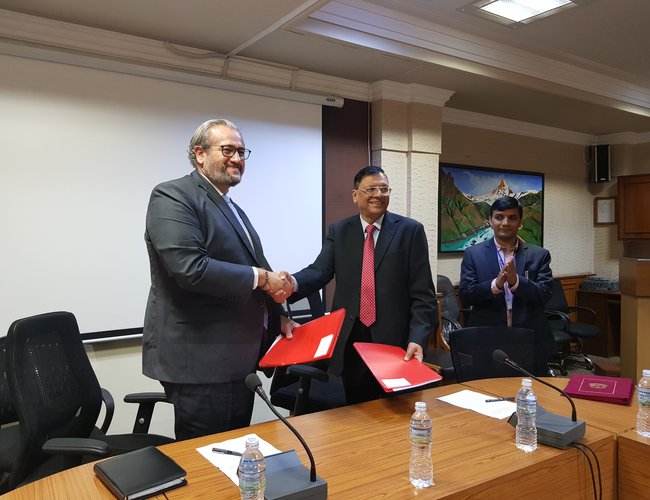 The World Bank has renewed support to the Government of Nepal to strengthen the country’s efforts towards fiscal federalism and improving public financial management under the Second Programmatic Fiscal and Public Financial Management Development Policy Credit Project.

The $100million project is geared towards the accomplishment of reform actions coordinated by the Ministry of Finance which was built on reforms supported under the first Development Policy Credit project. The agreement was signed today at the Ministry of Finance by Secretary Lal Shanker Ghimire and the World Bank Country Manager for Nepal Faris H. Hadad-Zervos.

“We are thankful for the support of the World Bank and development partners in the ongoing and dynamic process of federalism in Nepal,” stated Secretary Lal Shanker Ghimire. “Coordination and capacity are one of the primary pillars for the success of Nepal’s three-tier government and it is important we build accountability with responsibility in our pursuance of the country’s development objectives.”

This project supports reforms to advance Nepal’s federalism agenda, under two pillars. The first pillar supports measures to establish fiscal federalism through various legislations, policies and regulations. An umbrella legislation, enacted at the federal level, will guide budget execution and improve the accounting and financial reporting framework, and will form the basis of model laws to be adopted by local governments, to govern their budget processes.

The second pillar supports reforms to strengthen the policy framework for public financial management at the sub-national levels. This will be achieved through legislation and regulations that govern the budget cycle and promotes transparency and accountability to citizens, guides preparation of the Medium-Term Expenditure Framework, strengthens expenditure control, and supports the development of a revenue collection system. These reforms also include gender responsive budgeting, and measures to address Nepal’s vulnerability to climatic shocks and improve disaster risk management.

“Nepal’s transition to a federal state is an ambitious agenda and the World Bank Group is committed to support the government in fulfilling this goal,” stated Faris H. Hadad-Zervos, World Bank Country Manager for Nepal. “The sustainability of the proposed reforms under this budget support is a critical aspect. The partnership between the government and development partners will further enable strengthening of public institutions, inclusion and resilience as Nepal progresses with the federalism agenda.” 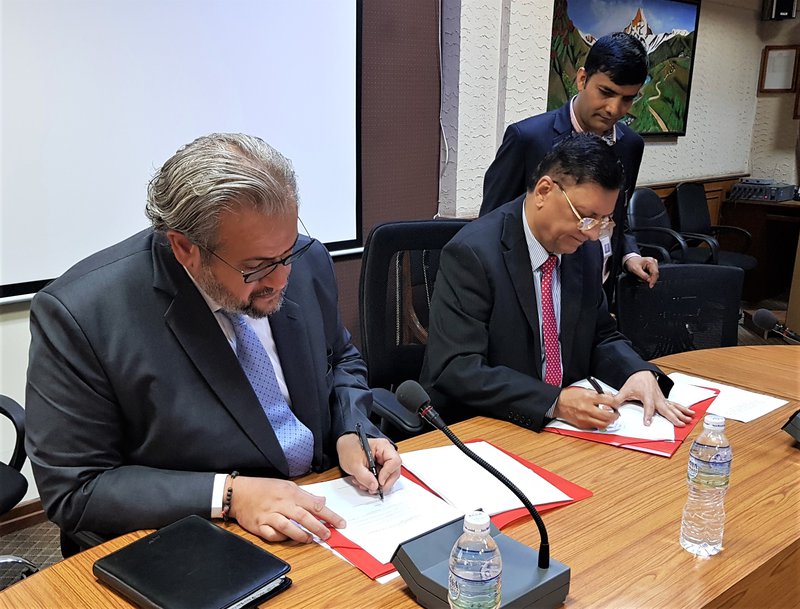 “This project builds on the reforms supported by the first Development Policy Credit to establish the legal frameworks to govern resource allocation across the three tiers of government and guide operations of local governments. It also supported measures to strengthen budget execution and public financial management systems at the federal level,” said a press release issued by The World Bank.

Nepal’s transition to a federal state aims to bring services closer to the people and to increase the government’s effectiveness in the delivery of social and infrastructure services.

Nepal Close Borders With India And China To Stop The Movement Of People : DPM Pokhrel By NEW SPOTLIGHT ONLINE 12 hours, 58 minutes ago