Floods And Landslides Kill 60 In Nepal

Floods And Landslides Kill 60 In Nepal 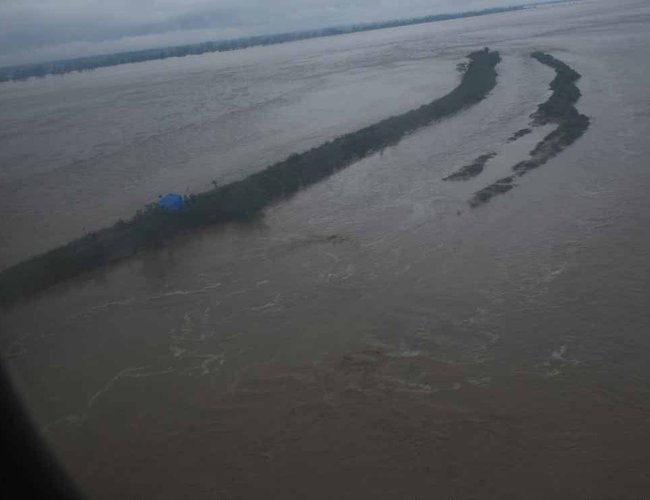 Nepal Police said that at least 60people have been killed and 38 have gone missing due to landslides and floods as monsoon rains lashed Nepal. The floods also injured 38.

Heavy rains since Thursday have hit 31 of Nepal’s 77 districts in the hills as well as the southern plains.

Nepal Police statement said 60 people had been killed, while 38 were missing and 38were injured as incessant rains caused landslides and triggered flash floods in rivers originating in the Himalayas.

In the capital, Kathmandu, three members of a family were killed when the wall of their house collapsed.

Police have evacuated residents from flooded homes in rubber boats in some parts of Kathmandu where roads were flooded. Families carrying their belongings on their heads waded through waist-deep water. Nepal Army also evacuated a large number of people.

Officials said the Koshi River in eastern Nepal, which flows into the eastern Indian state of Bihar, had risen above the danger mark.

The weather office asked residents to remain alert saying heavy rains were expected to continue through the weekend.

Right Rain Likely To Occur In Few Places Of Eastern And Central Hill By NEW SPOTLIGHT ONLINE 5 days, 1 hour ago