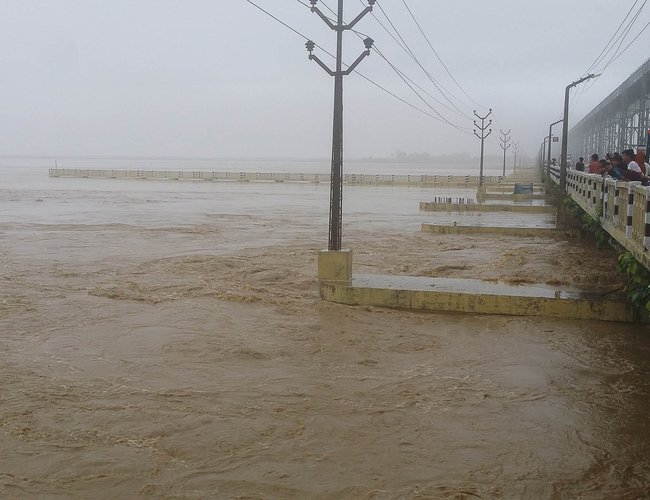 For the first time in last four years, all the 56 gates of Kosi barrage opened tonight. As the intensity of rain continues at the upstream, the volume of water reaches at 517,000 cusec at midnight, emergency alarmed bail was rang.

According to Assistant Chief District Officer of Sunsari Chiranjibi Adhikari, the water at Kosi barrage now is 290,000 cusec following opening of all the gates. According to Abhya Kumar Rai of Deshsanchar, since heavy rain continues in various parts of eastern and central region, the administration expected that there still loom danger and has issued alert warning to the people leaving in Kosi areas.