Kulekhani Reservoir Is Close To Overflow

Kulekhani Reservoir Is Close To Overflow 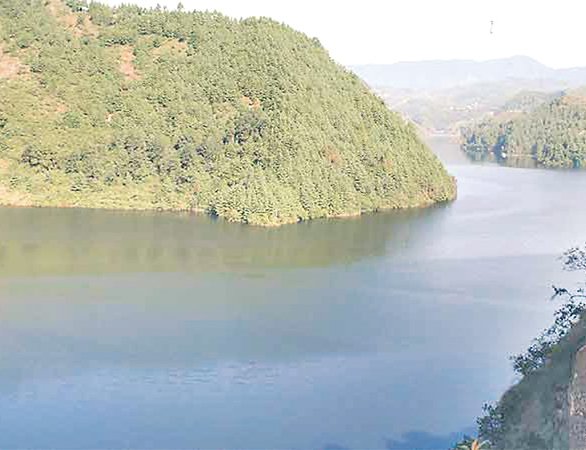 As water level in the Kulekhani Reservoir has near to the maximum level, Nepal Electricity Authority is considering to release certain portion of water opening the gates of the dam. NEA has called the people leaving in the lower riparian areas to take precautionary measures due to possible discharge of water from the reservoir.

Usually, Kulekhani reservoir normally fill by October. This year the reservoir is at the close to its capacity even at mid of July due to heavy rain the last two days.

In the last four days alone, the water level rise up to 20 meters. After the pond fill with full capacity of water, NEA has been running Kulekhani I and II since last two days reducing the import of electricity from India.

Managing director of NEA Kul Man Ghising said that even if they operate both power house, it will reduce just 2 centimeter in a hour. "We have already cut the import of electricity from India following the availability of electricity on our own. This time Kulekhani reservoir fill in its capacity even before three months.

Kulekhani is a storage project run during the winter session collecting the water in summer. Kulekhani is normally operated to maintain NEA systems

With intense rain and damage of industrial area, the demand of electricity has gone down to 600 MW. Now Nepal is importing just 150 MW power from Dhalkebar Mujapfarpur.

if the water level of Kulekhani continue to rise even operating two of its power houses, NEA will have no options other than to open the gate to release the water and recede the level of water.

"We are running the power house in full capacity to reduce the water. If the water cannot reduce, it will flow through spill way. If all these efforts fail, we have to open the gate of Kulekhani Reservoir," said MD Ghising.

LOOMING LOADSHEDDING NEA SAYS NO By A Correspondent 1 week ago

417 MW Nalgad Storage Project Will Be A Back Bone Of Karnali Province: Minister Pun By NEW SPOTLIGHT ONLINE 1 month, 4 weeks ago