Heavy Rain Likely To Occur In Many Places In Nepal

Heavy Rain Likely To Occur In Many Places In Nepal 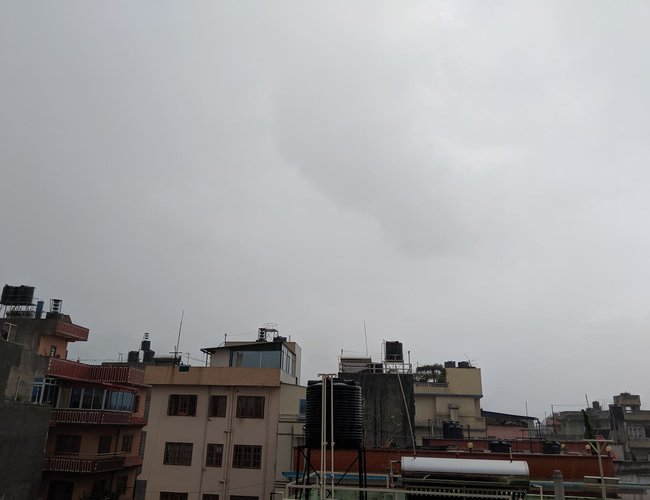 Although Axis of Monsoon Trough is still south of Nepal, the moisture coming from Bay of Bengal will produce normal to heavy rain in many parts of Nepal in coming three days. According to Meteorological Forecasting Division, there will be generally to mostly cloudy throughout the country. Rain to occur at some places in the country , chances of heavy rainfall at a few places of the country.

According to skymet weather, Fresh spell of heavy Monsoon rains likely in Bihar and East Uttar Pradesh. The Northern Limit of Monsoon finally covered the entire India, with a delay of almost 4 days. In the next 24-48 hours rainfall activity, is going to pick up pace in the hill states of North India. The foothills of Bihar and Uttar Pradesh are going to observe some really heavy rains once again.

Weather Forecast For April 1 Across Nepal By NEW SPOTLIGHT ONLINE 14 hours, 26 minutes ago

A Fresh Western Disturbance Is Over Nepal By NEW SPOTLIGHT ONLINE 5 days, 14 hours ago