Starting from a decision on making mandatory pesticide tests for Indian vegetables and fruits and its withdrawal, the dispute has become a proxy war among ministers 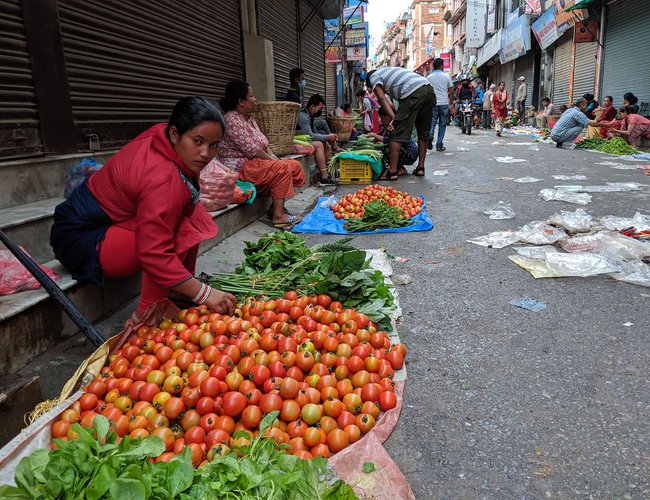 Nepal’s leading daily newspaper Kantipur published the news with a headline on July 6 that pesticide mixed vegetables reached the kitchens of Nepalese consumers. This populist reaction of the daily newspaper was published following the cabinet decision to withdraw mandatory test for vegetable and fruits imported from India.

However, it has sent a message that Indian vegetables and fruits containing poison were reaching Nepalese kitchen. With this headline, users of social media like Twitter and Facebook reacted loudly, to the level of stupidity.

Whatever the intention may be, the populist reaction against the cabinet decision by a leading daily newspaper and people from different walks of life, disseminated a completely wrong message that India has been exporting vegetables and fruits in Nepal mixed with pesticide residues.

This is not a new thing in current politics. Foreign Relations adviser of Prime Minister KP Sharma Oli Dr. Rajan Bhattarai earlier, on the issue of withdrawing Guthi Bill, sharply reacted blaming that external and internal forces used the bill to destabilize the government.

As all the sections of the people jumped to criticize Oli, including ruling party leaders like Bhim Rawal, Ram Kumari Jhankri and Ghanshayam Bhusal, Prime Minister Oli’s principal secretary Bishnu Rimal in his tweet criticized political critics of Oli as evil spirits of external element in disguise.

Groomed in anti-Indian schooling, everyone knows which country they are pointing to as an excuse for their own internal failure. The testing of vegetables issue thus turned into a proxy war between the prime minister and other leaders within his party and outside to prove loyalties. Although Prime Minister Oli did not issue any statement publicly, he used his advisors and sympathizers to point out the external elements. 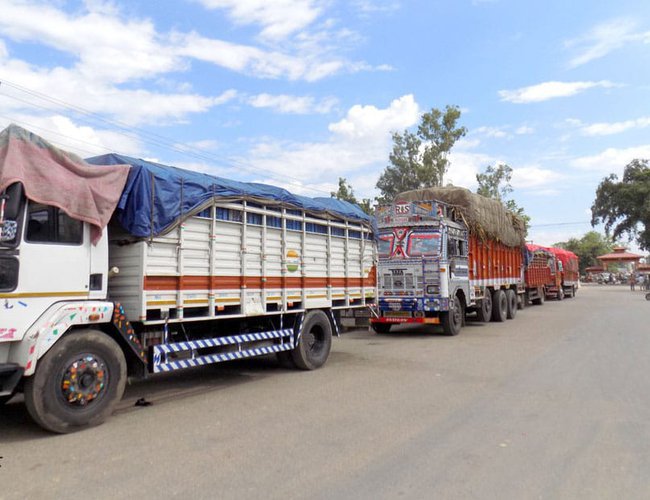 Following disruptions of export and decaying of perishable vegetables and fruits in the border, Indian Embassy wrote an official letter through Ministry of Foreign Affairs expressing concern on the damage of fruits and vegetables at border point on June 29.

On June 30, Ministry of Foreign Affairs forwarded the letter of Indian Embassy to Ministry of Industry, Commerce and Supply and Agriculture.

Following the letter, Ministry of Agriculture and Livestock Development sent a letter of recommendation to Ministry of Industry and Commerce to stop mandatory test due to lack of infrastructure in border on July2.

National Plant Protection Organization and Agriculture Proceeds and Food Products Export Authority have been issuing the certificate for the vegetables and fruit products exported to Nepal and Nepal has been accepting it for long. India claimed that conducting test at border is a non-tariff barrier which stops trade between the two countries.

For the politicians, the simple agenda of vegetables lab test became the agenda of loyalty and disloyalty. At the climax, a blame game among prime minister K.P. Sharma Oli, Minister for Agriculture and Livestock Development Chakrapani Khanal and Minister for Industry, Commerce and Supply Matrika Yadav began.

Although the issues involves multiple ministries, Ministry of Industry, Commerce and Supply Yadav sent a file to the cabinet. After controversy, he accused his secretaries and bureaucrats for misleading him. Addressing the upper house, minister Yadav accused three secretaries, including his own for misleading him in the agenda.

Next day, Minister for Agriculture and Livestock Development Chakrapani Khanal expressed that his ministry was not consulted before sending the proposal to the cabinet. He accepted the fact that the border point does not have adequate labs to conduct the test.

All this did not end here. Prime Minister K.P. Sharma Oli disclosed that he was not informed by the officials regarding the letter sent by India on the lab testing issue of vegetables and fruits.

Talking to a Television program Jantasang Pradhan Mantri (Prime Minister With People) broadcast by Nepal Television, Prime Minister Oli claimed that he knew the letter sent by Embassy of India to Ministry of Foreign Affairs with reference to Ministry of Agriculture and Food Technology and Quality Control Department regarding the pesticide test.

He complained that the government offices did not inform him. “I did know after a long time that India has started diplomatic efforts and dialogue regarding the pesticide test,” he said.

With the scarcity of vegetables in the market and concerns expressed by Government of India over disruption of entry of Indian fruits and vegetables to Nepal, Nepal’s communist government has withdrawn the decision to test the vegetables and fruits before entering Nepal. However, the prices of vegetables have gone high.

Implemented without adequate preparations, the decision of Nepal government to impose mandatory lab test for imported Indian vegetables and fruits had created a lot of complications for the Indian exporters and Nepali importers.

Since none of the custom points have lab testing facilities, the exporters have to come up to Kathmandu for testing certificates, leaving their perishable vegetable products in the border.

Angry with the long process, many angry exporters have thrown their products at the roadside losing money. Nepali officials are saying that Indian farmers use excessive volumes of pesticide in their project and making mandatory testing will reduce the risk to human life.

Indian products will be allowed to enter Nepal only after securing the green signal from pesticide control labs of Nepal. In Nepal-India borders at Sunauli, Nepalgunj, Birgunj, Biratnagar and Kakarvita, hundred of trucks carrying vegetables and fruits are waiting for a green signal to enter Nepal.

As a member of World Trade Organization, Nepal’s unilateral decision is also against the WTO regime. “Nepal should not have taken such a major step without adequate preparation and without informing other countries,” said a former Commerce secretary. “The decision was also against WTO regime.”

In the wake of short supply of India-imported vegetables and fruits for a week in the name of mandatory testing by Nepalese authorities, the prices of those items have increased by five folds.

As sensational reactions continue with the short supply of vegetables and fruits, the consumers have suffered. As Nepal government announced the decision for mandatory test of India imported vegetables without establishment of adequate test centers in border points, the farmers and vendors suffered a huge loss due to damage of perishable items worth millions of rupees.

With the increase in pressure from farmers, Indian central government, through Indian Embassy, sent a formal letter seeking the reasons for implementing the decision without prior information.

Although this letter was a formal letter sent to the government through formal channel, it was again leaked by a daily newspaper creating another scandal that the opposition and ruling party MPs criticized the government’s bowing down to India withdrawing the decision.

Nepal is not an immune from consuming pesticide-used fruits and vegetables. Nepal’s Pesticide Management Act and regulations set the standard but nobody understands the reason why the cabinet approved regulations making it mandatory to lab-test at this juncture of time.