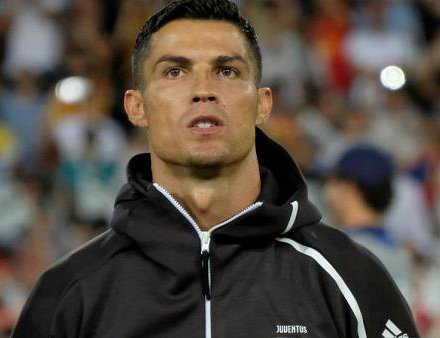 The current captain of the Portugal national soccer team had been accused of raping Kathryn Mayorga in Las Vegas in 2009. He still faces a civil complaint from his accuser.

Portuguese soccer star Cristiano Ronaldo will face no charges in Las Vegas in connection with a 10-year-old sexual assault allegation because the case cannot be proven beyond a reasonable doubt, prosecutors said on Monday.

Ronaldo, who is widely regarded as one of the greatest soccer players of all time and plays for the Italian club Juventus, has maintained he is innocent of rape.

The allegation made headlines last year after Las Vegas police said they were investigating it.

Cristiano Ronaldo will not face any criminal charges over an alleged rape in the US state of Nevada ten years ago.

The incident was alleged to have taken place in 2009 in a Las Vegas hotel room but Clark County District Attorney Steve Wolfson decided that Kathryn Mayorga's claim could not be proven beyond a reasonable doubt.

"Based upon a review of the information presented at this time, the allegations of sexual assault against Cristiano Ronaldo cannot be proven beyond a reasonable doubt. Therefore, no charges will be forthcoming," Wolfson said in a statement.

Mayorga underwent a medical exam in June 2009 to collect DNA evidence shortly after she claimed the incident took place. She spoke again with police for the new inquiry, and authorities this year obtained a sample of Ronaldo's DNA.

Police said the initial investigation was closed because Mayorga would not provide enough information regarding the identity of her attacker. She only said her attacker was a European soccer player and did not say where the rape occurred.

The investigation was reopened last year at the request of her lawyers.

Mayorga filed a separate civil lawsuit in a US federal court claiming Ronaldo used "fixers" to stop her pursuing criminal charges, including a payment of $375,000 (€334,000), which Ronaldo's lawyer has not denied. Her claim came in the wake of the #MeToo movement.

The 34-year-old Ronaldo has always refuted the allegations.

The case stems from a June 13, 2009, call from a woman to Las Vegas police. She reported that she had been sexually assaulted and police took her to the hospital for an examination, the Clark County District Attorney’s Office said in a statement on Monday.

But she declined to identify the person who she said assaulted her.

The woman and Ronaldo reached a civil settlement in 2010 and law enforcement did not hear again from her until Aug. 28, 2018, when she asked police to reopen the investigation. She said Ronaldo was the person who sexually assaulted her, prosecutors said.

“Based upon a review of the information presented at this time, the allegations of sexual assault against Cristiano Ronaldo cannot be proven beyond a reasonable doubt,” the District Attorney’s Office said in a statement.

Ronaldo’s attorney, Peter Christiansen, and a representative for his sports agents could not immediately be reached for comment.

Ronaldo Beats Messi To Be Crowned Player Of The Century At Globe Soccer Awards By Agencies 3 weeks, 5 days ago