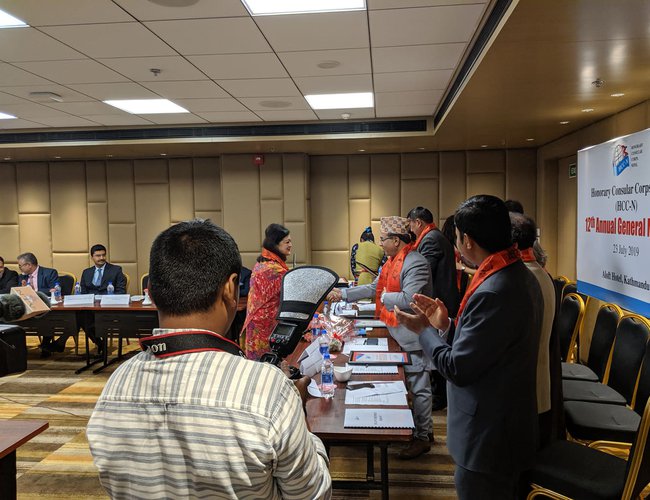 Foreign secretary Shanker Das Bairagi said that Ministry of Foreign Affairs will intensify collaboration with the HCC-N in future and will provide necessary support to HCC-N in its activities.

Addressing the 12th Annual General Meeting of honorary Consular Corps-Nepal (HCC-N in Aloft Hotel Chhaya Devi Complex at Thamel, foreign secretary Bairagi said that it is a matter of privilege to speak in front of 46 distinguish personalities of Nepal who worked as honorary consular representing various countries of the world.

"We have a limited diplomatic presence in the world. In this this context, honorary consular are connecting Nepal with various parts of he world," said Bairagi. Along with with formal diplomatic channel, people to people contact is also equally important. Honorary consular have been playing important roles in this direction," said secretary Bairagi. He assured HCC-N that foreign ministry provide all necessary support to the organization.

"Since the objective of the government is to make Prosperous Nepal and Happy Nepali, the country needs massive investment. HCC-N can play crucial role bringing tourists and investment," said Bairagi.

Addressing the program, newly elected chair Pradeep Kumar Shrestha said that he will focus his coming one year tenure to place HCC-N in international level. Former president of Federation of Nepalese Chamber of Commerce and Industry Shrestha said that Nepal needs to show its strong presence in coming meeting of World Federation of International Honorary Councilor Crop. " I have attended the conference in the past as an honorary consular general, my efforts will be to link HCC-N with international federation. "As Nepal is celebrating Visit 2020 with an aim to bring two million tourists, HCC-N will play much needed support to achieve the target."

He also congratulated member of HCC-N Suraj Vaidya for his appointment of National Coordinator of Visit Nepal 2020.

During the program, foreign secretary Bairagi also distributed appreciation letters and medals to former deans and members who received national and international awards.

Foreign secretary handed over letter of appreciation provided by HCC-N to honorary consular of Italy Pratima Pande receiving medal from France and hosting the annual general meeting at Aloft Hotel. 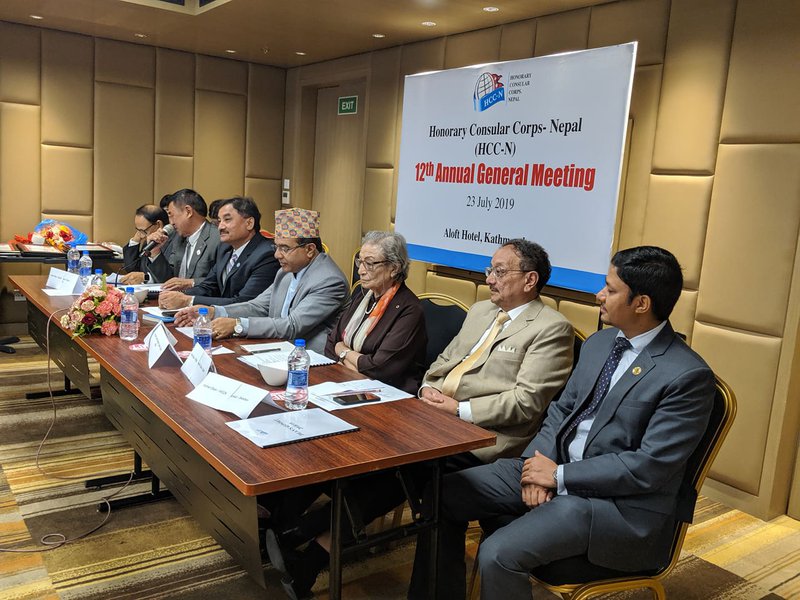 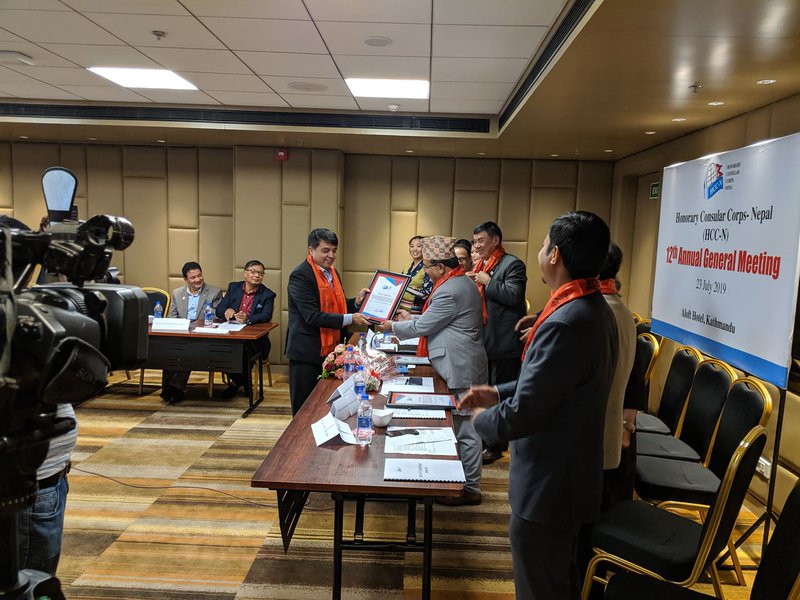 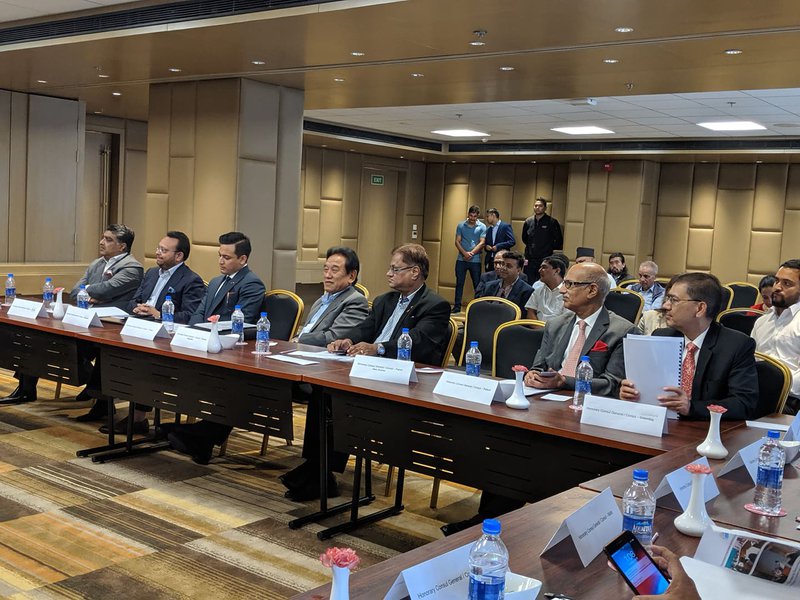 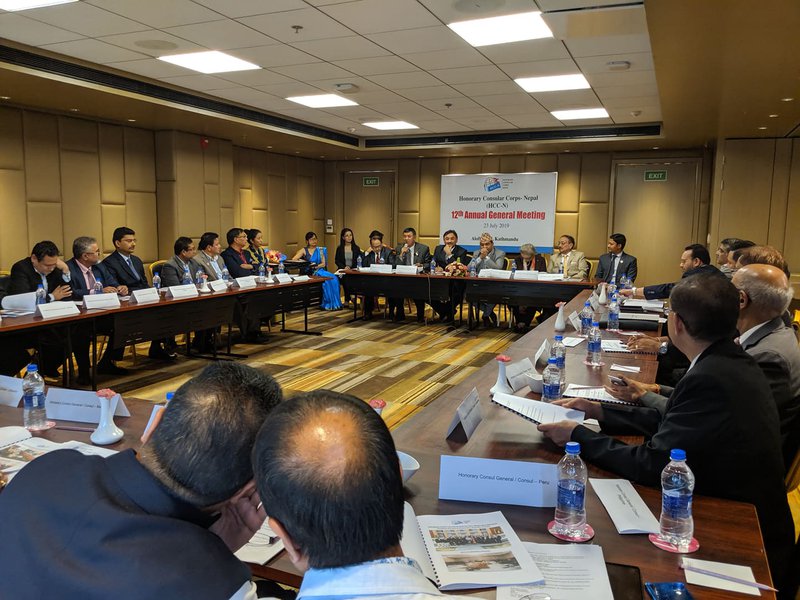 Nepali Embassy In London To Open All Days By NEW SPOTLIGHT ONLINE 12 hours, 47 minutes ago