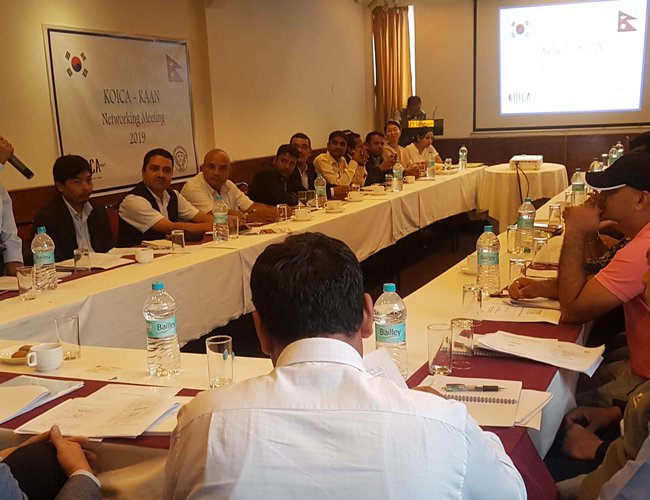 Sixteen 16 government officials have been selected to pursue their Master’s program in different courses in various Korean Universities. According to KOICA press release, they are tentatively scheduled to leave on last week of July and first week of August 2019.

In order to facilitate the 2019 group of Master’s Program, KOCIA and KOICA Alumni Association of Nepal (KAAN) has organized a Networking Meeting on July 24, 2019 with an objective of sharing of experiences and promote networking between KOICA scholars of 2017 and 2019 as well as providing all the needed information about their program, life in Korea, information about University, departure process and etc. The recent returnees, Korean Volunteer and KAAN members made a series of presentation to share the important information.

He also hoped that after completion of the Master’s course, the public officials will be able to contribute more in development of Nepal as well as support in facilitating Nepal and Korea relation.

Korea International Cooperation Agency (KOICA) has been implementing a Capacity Improvement and Advancement for Tomorrow (CIAT) program as one of the important KOICA’s development cooperation program since 1995.

This program aims in leading human resources development (HRD) through Short Term training and Master’s Degree Scholarship Program for government officials and providing capacity building trainings focusing on sharing Korea's experience and technology for development. Till date we have more than 1700 government officials who have taken part in some training program in Korea under KOICA’s support.

Election Commission Rules Not To Recognize NCP Split By Agencies 9 hours, 36 minutes ago

NAC Brought 17 Death Bodies Of Nepalis From Malaysia By Agencies 1 day, 9 hours ago