If I will be Taken ICC In Hague, I Will Return As Hero: Prachanda

If I will be Taken ICC In Hague, I Will Return As Hero: Prachanda 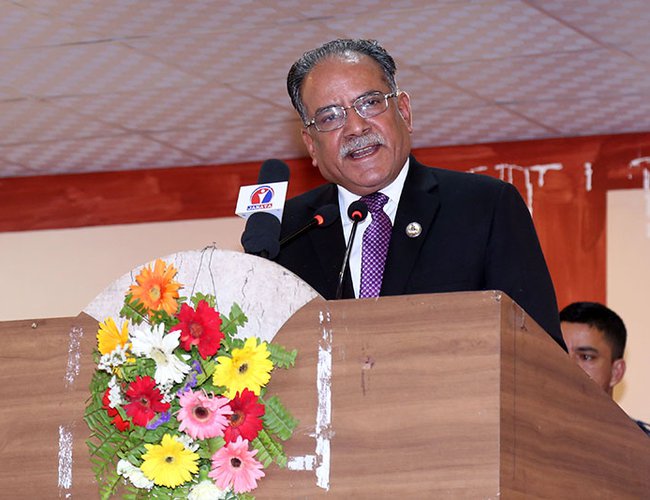 Former prime minister and co-chair of Nepal Communist Party Pushpa Kamal Dahal Prachanda said if they take me to International Criminal Court (ICC) in Hague, I will return as a hero of the world.

Welcoming the cadre of Biplab led Maoist in the party, Prachanda said that some reactionaries have been conspiring against me to take to Hague International court. If they take me to Hague, the world will know my contribution to peace. I will be come out as a hero from Hague.

He said that nothing will make difference even if he is taken to Hague. However, he said that regressive and reactionary will not to do knowing my contribution to the peace. prime minister Prachanda for trial in International Court in Hague on the charge of killing thousands of people.

Some right activists have been threatening to take former

"They have been threading me to charge on killing 13000 people, violent destroyer and demolishing temples. If they take me to Hague, I will come out from trial as hero," said Prachanda.

“I Expressed Gratitude To My Friend Modiji For Support: PM Oli By NEW SPOTLIGHT ONLINE 1 day, 8 hours ago