“What did it take to count Nepal’s wild tigers? Beyond the numbers in this snapshot, it took three unquantifiable factors: commitment, teamwork, and persistence,” said Dr.Ghanshyam Gurung. 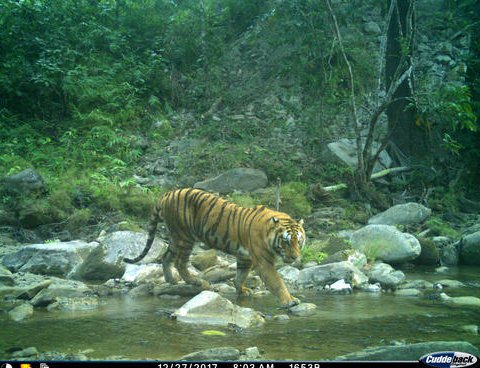 According WWF-Nepal, in an amazing show of progress for wildlife, Nepal is on track to become the first of the world’s countries to double its wild tiger population since 2010. According to results from the country’s most recent tiger survey, there are now an estimated 235 wild tigers, nearly twice the number of tigers counted in 2009.

“It’s exciting and unprecedented news for this small Himalayan country, one of 13 tiger range countries that pledged to double the number of tigers in the wild by 2022—part of an initiative known as TX2,” said WWF-Nepal

“Nepal is a great example for other tiger range countries to step up and commit to the same level of political will and excellence," said Ginette Hemley, senior vice president of wildlife conservation at World Wildlife Fund. "While this is a huge story for tiger conservation, it also highlights the constant need to ensure the protection of key habitats and the value of a landscape approach for this species to recover and thrive.”

“Nepal’s happy news arrives at a time when many of the world’s tiger populations are in decline from habitat loss and widespread poaching. As an intrepid leader in tiger conservation, Nepal demonstrates what’s possible when governments, law enforcement, local communities and NGOs work together to support robust protections for this critically endangered species,” said WWF-Nepal.

“In recent years, Nepal joined forces with WWF to strengthen community-based anti-poaching and monitoring efforts. The government has also increased its commitments to protect and restore vital tiger habitat—including important wildlife corridors—to ensure tigers have the space and prey base they need to thrive,” said WWF.

“What did it take to count Nepal’s wild tigers? Beyond the numbers in this snapshot, it took three unquantifiable factors: commitment, teamwork, and persistence,” said Dr.Ghanshyam Gurung.

According to WWF around 3,900 wild tigers are left in the world. Since the beginning of the 20th century, over 95% of the world's tiger population is lost. It is said that across the Asia, the snaring crisis poses a grave threat to wild tigers.About a century ago, there may have been over 100,000 tigers that roam in the planet.

A conservational goal which is so ambitious was set up by the government of the 13 range countries to double the number of wild tigers by 2022 in the next Chinese year of the tiger. This is the TX2 goal.

With fewer than 4,000 wild tigers left in the world, more must be done to ensure tiger numbers keep trending upwards. “Every tiger counts, for Nepal and the world,” said Dr. Ghana S. Gurung, Country Representative of WWF-Nepal. “While Nepal is but a few tigers away from our goal to double tiger numbers by 2022, this survey underscores the continued need to ensure protection and improved and contiguous habitats for the long-term survival of the species.”

Two years ago, WWF shared that, based on the best available data, global tiger numbers had increased for the first time in more than a century. But while countries like Nepal, Bhutan, India, and Russia have made significant gains in recovering their populations, tiger conservation remains a challenge in Southeast Asia, where rampant poaching and deforestation are an ever-present threat. 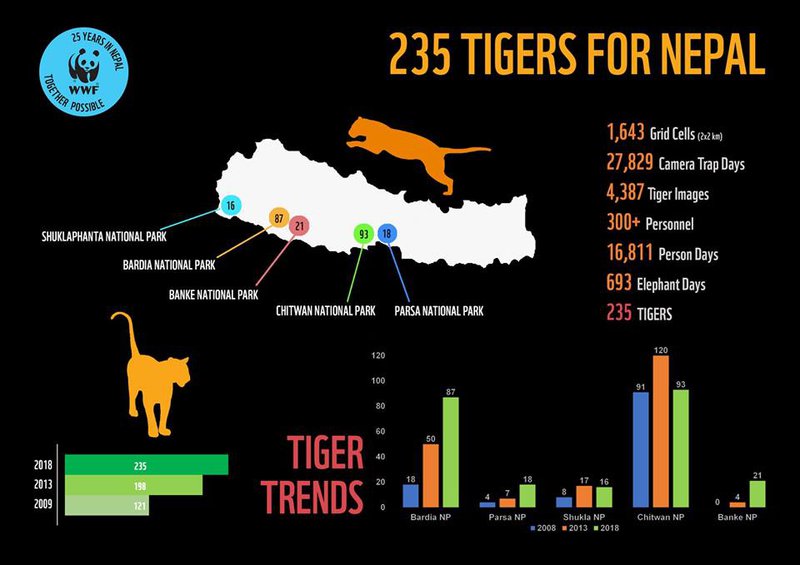 WWF is working with governments, scientists, rangers, and local communities to put an end to tiger poaching across Asia and prevent habitat loss, and to help communities better address human-tiger conflict. We’re confident that together, we can double the number of tigers in the wild.

International Tiger Day was established in 2010 at Saint Petersburg Tiger Summit in Russia to raise awareness about the decline of wild tiger numbers, leaving them in the brink of extinction and to encourage the work of Tiger conservation. In the Summit, a declaration was made that Governments of tiger populated countries had vowed to double tiger population by 2020. 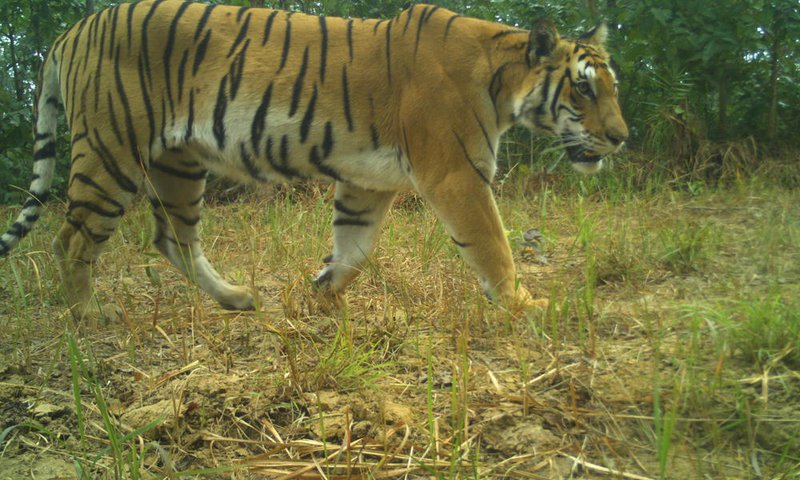 Several events every year are organised by animal organisations like WWF, IFAW and the Smithsonian Institute.

Reasons behind the declining population of Tigers

Poaching and illegal trade: For traditional Chinese medicines, tigers face problem of poaching as there is a demand of every part of the body of tiger. In the illegal wildlife trades they keep high prices.

- Habitat loss: Nowadays and with the increasing population forest are becoming less in numbers. Clearing of forests for several reasons like agriculture, industries, etc. made loss of around 93% of the natural habitats of tigers.

- Climate Change: With the rise of sea level due to climate change lead to wipe out of Sundarbans one of the habitats of Royal Bengal Tigers.

- Several diseases are also the key factor. Several animals die and there is no way to ascertain the cause of their death. Certain diseases spread epidemic like Feline Panleucopania, tuberculosis etc.

- The study of Wildlife Institute of India (WII) in Ranthambore Tiger Reserve (RTR) says that tiger population in the park shown a loss of genetic diversity over the years. 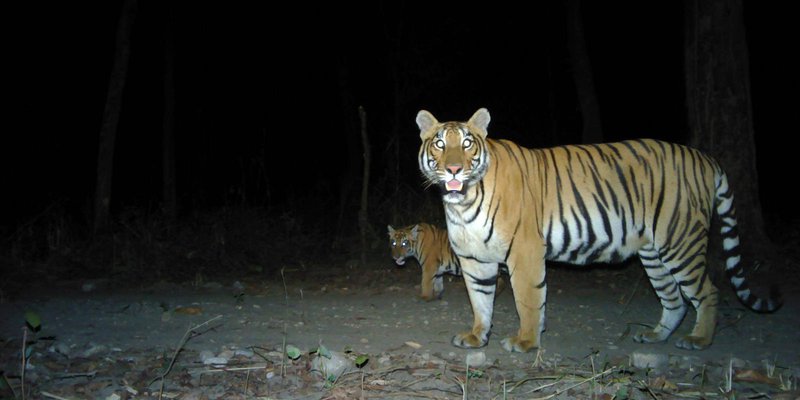 - Degradation of Habitats: Big cats want secure and disturbance free habitat to survive but due to several developmental activities in the landscape of the protected areas (PAs) pose big threat to tigers.

- Increasing tourism day by day is also one of the factors for the decline in tiger numbers.