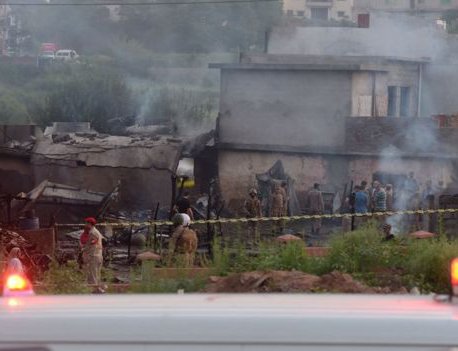 At least 17 people have been killed after a small military plane crashed into a residential area near the Pakistani city of Rawalpindi.

The aircraft was on a routine training flight when it crashed and set off a fire which engulfed several houses. It was not immediately clear what caused the crash or what kind of aircraft it was.

Rawalpindi, near the capital Islamabad, is the site of the army's headquarters.

The plane, which was part of the Pakistani Army's aviation unit, came down in the early hours of Tuesday. An army officer at the scene told news outlet Reuters that it "hit the side of the building and the structure it crashed into completely collapsed".

Bhutan Exported Over Nu 27 Billion Worth Of Electricity To India In 2020 By Agencies 10 hours, 16 minutes ago