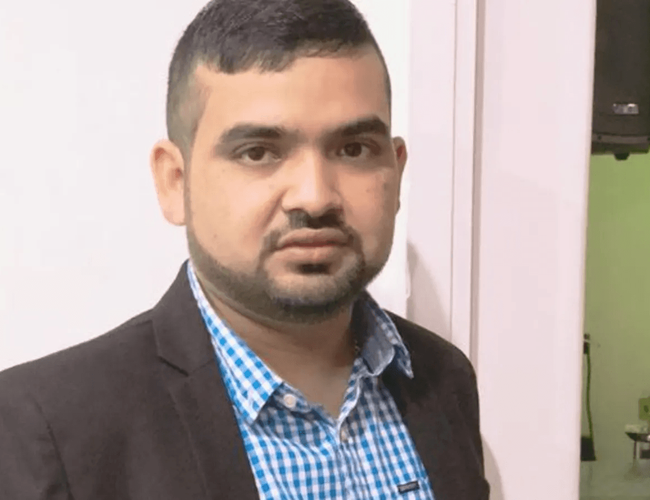 Gagandeep Pahwa, 30, his domestic partner Gopali Dahl, 30, and their associate Bipin Thapa, 29, were arrested by detectives from the Criminal Groups Squad on July 11.

A lawyer for three people charged with participating in a $100 million money laundering syndicate linked to organised crime says the group is "distressed ... about the huge allegations" levelled against them.

All three were targeted over their alleged role in using a south-west Sydney security business as a "front" to launder money in and out of the hands of organised criminals in Australia and abroad that was first believed to have handled $80 million in the space of three to four years.

According to a news published in Sydney Morning Herald, Police allege the group, led by Pahwa, participated in the daily operations of Assure Protection Services, on Woodville Rd, Guildford. The trio were formally refused bail in court on 13 July.

The security firm is a semi-legitimate security business that allegedly accepted cash from organised crime groups, before moving the money through additional transactions and withdrawing it to be passed back to other criminal syndicates.

A Guildford security company has allegedly been used as a front to launder $80million for Sydney's criminal underworld.

None of the three applied for bail, however bail was formally refused.

The trio's criminal lawyer Ejaz Khan said, despite lengthy police interviews, he and his clients were yet to read the full police fact sheet outlining the charges against them.

Gopali Prtha Dahl is the director and sole shareholder of the company behind the security firm targeted by investigators. “Of course they are distressed. How can they feel about such huge allegations?" he said.

"The allegations are very damning and very serious. I need to see the evidence before I can make any comment on the strength of the prosecution case."

According to court documents, all three accused have been charged with knowingly dealing with the proceeds of crime, with intent to conceal not less than $100 million.

US To Start Revoking Hong Kong's Privileges
May 30, 2020
Onset Of Southwest Monsoon Over Kerala
May 30, 2020
Generally Cloudy Throughout Nepal, Rain Likely
May 30, 2020
UN High Commissioner Bachelet Condemns Dalit Killings, Calls For Independent Investigation
May 29, 2020
Nepal Carried Out 169632 COVID-19 Tests
May 29, 2020

US To Start Revoking Hong Kong's Privileges By NEW SPOTLIGHT ONLINE May 30, 2020