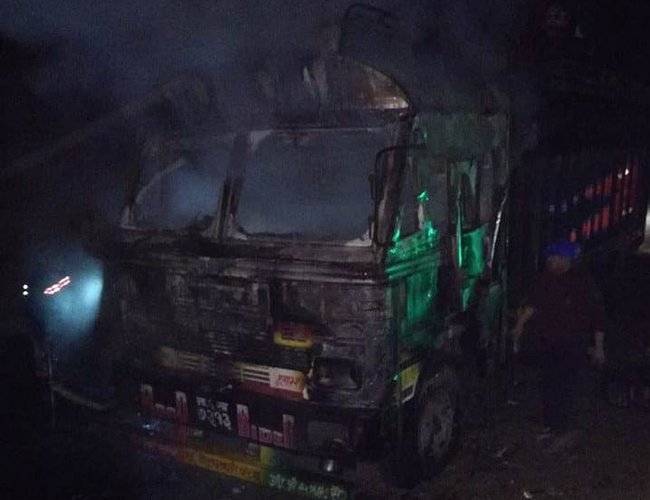 On the eve of Nepal Bandh, Netra Bikram Chand Biplab led Nepal Communist Party worker set on fire in two vehicles in two separate places in Hetauda. According to Deshsanchar, the worker Biplab led party set on a fire on a private care near Fakhel Hanumane Bhanjyang. Similarly, they also set on fire on a truck parked in Manahari Jyamire.

The trucks were set on fire post midnight as the bandh came into effect on Wednesday. The bandh call has been given by Biplab led NCP to protest against the killing and arrest of its worker by police about a week ago.

According to the police, the car was completely destroyed but the truck was partally damaged. Police also found suspicious goods in different parts of Hetauda. 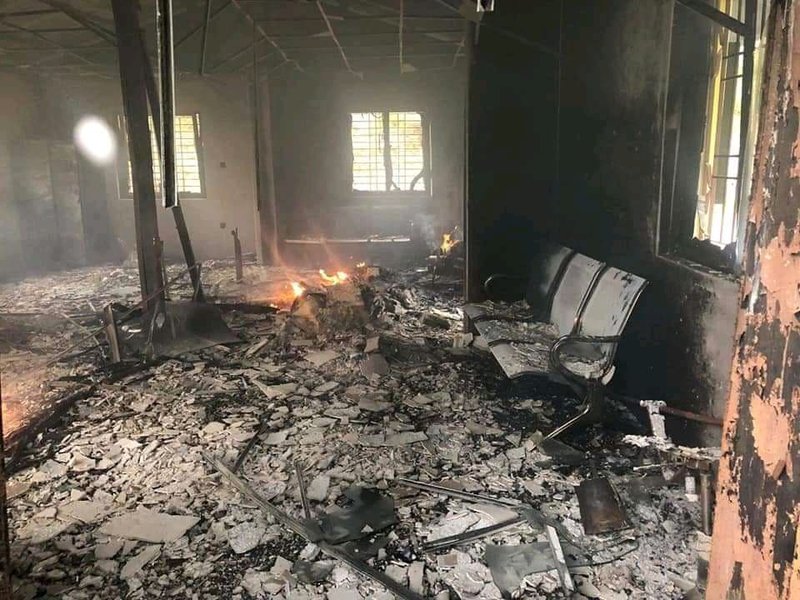 Although schools and colleges were shut down in the valley, local transport are in operation and markets are also open.