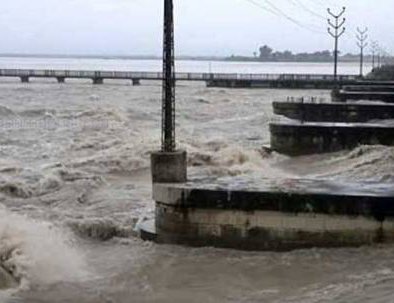 In what is being seen as a major lease of life for Bihar’s Seemanchal region, the Centre has approved Rs 4,900 crore for Kosi-Mechi river interlining project reports The Times of India From Patna.

The ambitious Kosi-Mechi project, which is the country’s second major river interlinking project after Ken-Betwa of Madhya Pradesh, secured the last remaining mandatory techno-administrative approval from the Union ministry of environment, forest and climate change (MoEFCC) two days back.

“The mega project is unique in many ways. It will not only relieve large swathes of north Bihar from the menace of recurring floods but also provide irrigation for a whopping over 2.14 lakh hectares of command areas spread across the districts of Araria, Kishanganj, Purnia and Katihar in north Bihar,” said The Times of India.

“This project is aimed at alleviating flood and resultant hardships in the entire region, and has the potential to usher in the next green revolution in Seemanchal region,” Bihar’s water resources department (WRD) minister Sanjay Kumar Jha told TOI here on Saturday.

Having assumed office only in the month of June this year, Jha has been particularly keen on securing the Centre’s nod for this model project, and ensured close follow up with Central Water Development Authority and MoEFCC in Delhi.

In his maiden meeting with the Union minister of Jal Shakti Gajendra Singh Shekhawat on June 17 this year, Jha had flagged securing necessary approval for this project as the state’s top priority.

“This interlinking project envisages diversion of part of surplus water of Kosi river through existing Hanuman Nagar barrage to the Mahananda basin,” explained Jha, elaborating on the flood management component of this ambitious project.

Mechi is an important tributary of Mahananda river. Its basin, however, remains mostly deficient in providing adequate water for irrigation. “Channeling Kosi water into the Mahananda will optimize redistribution of the surplus waters which will take irrigation potential in the region into a different league, often cited by Bihar CM Nitish Kumar, as the potential harbinger of a Green Revolution in this important region,” Jha said.

On the lines of India’s first Interlinking of rivers project, the Ken-Betwa project in MP, Bihar’s Kosi-Mechi Interlinking project is believed by experts to have all necessary ingredients to qualify for a ‘National Project’ status.

“The Kosi-Mechi project fulfils all mandatory provisions and parameters such as ensuring an irrigation command area of two lakh hectares or more,” Jha said.

The state WRD minister further said he would now focus on working closely with the state leadership to strongly pitch the case for a national project status for this flagship intervention of Nitish Kumar.

“Besides the huge flood management and irrigation potential enshrined in this initiative, the fact that the entire command area is contiguous to an international boundary (India-Nepal) is a critical aspect that the Centre would likely take special note of in our quest for getting it declared a national project," Jha pointed out.

A National Project status for this venture will mean that the majority of funding support gets borne by the Centre instead of putting strain on the State resources, he said.

The Bihar WRD minister further revealed that the Kosi-Mechi interlinking project is a green project. “Its environmental approval note clearly states that ‘the project involves no displacement of population and there is no acquisition of any forest land. The total land requirement is about 1,396.81 hectares. No National Park, Wildlife Sanctuary, Eco-sensitive areas, etc. are present within 10 km radius of the project’,” Jha said.

LOOMING LOADSHEDDING NEA SAYS NO By A Correspondent 4 days, 7 hours ago

417 MW Nalgad Storage Project Will Be A Back Bone Of Karnali Province: Minister Pun By NEW SPOTLIGHT ONLINE 1 month, 3 weeks ago