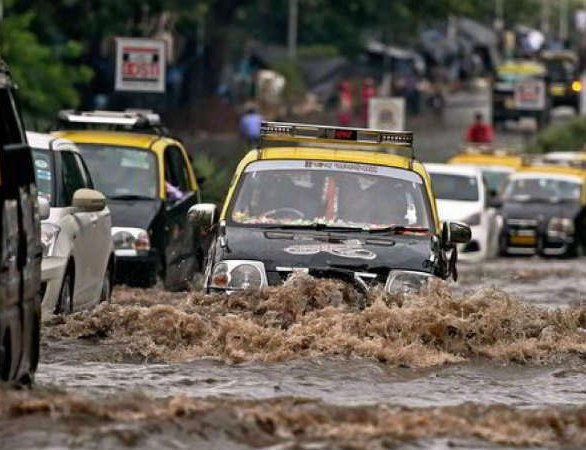 As these centuries of ice melt, the tons of water will find expression in flood plains. Bangladesh, India, Nepal, Pakistan, etc., receive the brunt of the deluge, with Monsoon rains devastating communities and killing hundreds annually.

DW reported in mid-July that Monsoon-triggered floods have killed 85 in South Asia so far, with 870,000 persons affected in the Indian state of Assam.

According to Sahara Reporters, in Nigeria, the Kaduna state government is urging residents to evacuate areas around the Kaduna River, as the water level in the Niger and Benue rivers rise and cause ripple effects across river systems.

In 2018, the Nigeria Emergency Management Agency estimated that 80 percent of the country had been touched by torrential rainfalls which killed over 100 people and affected more than a hundred thousand, with many seeking refuge in refugee shelters.

Sahara Reporters writes the heat-up in July 2016 was, however, boosted by the El Niño weather pattern, which propels average global temperatures beyond the impact of global warming alone.

While scientists cannot categorically accuse human activities of causing the record warming, they believe carbon emissions from our actions are interfering with background temperatures in a dangerous way, the BBC reports.

In the EU region, the impact of the globe's warming manifests in scorching heat waves, which saw meteorological agencies record temperatures peak at highs of 40C.

These rises often lead to wildfires like the forest flames that devastated parts of Greece in 2018.

This time round, the raging flames are burning in the part of the world that maintains the planet’s cooling system — the arctic circle.

In late July, weather agencies called the fires eating the ice in arctic regions of Greenland, Siberia and Alaska ‘unprecedented.’

In Siberia for example, the Russian air force is battling flames that are consuming 4.3 million hectares of land — the size of Moscow.