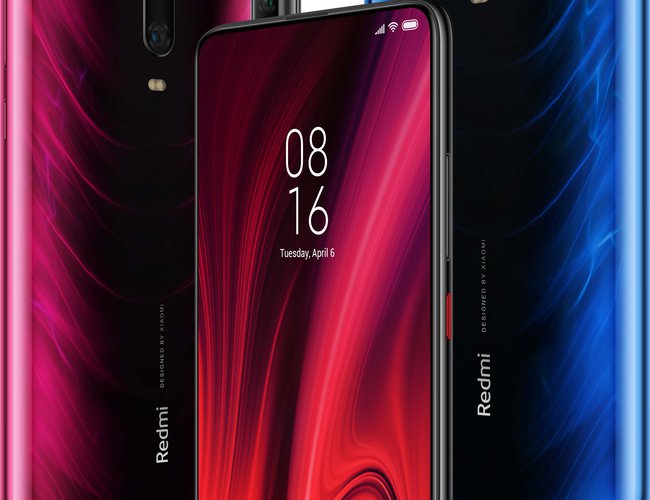 Redmi K20 and K20 Pro promise a flagship, high-end user experience with the latest tech powering both devices. Both, Redmi K20 and Redmi K20 Pro feature a 16.2cm (6.39) 19.5:9 full HD+ AMOLED Horizon Display with minimal bezels on all sides. Coupled with a 20MP pop-up selfie camera, the Redmi K20 series achieves an incredible 91.9% screen-to-body ratio -- one of the highest in the industry. The Horizon AMOLED Display comes with 7th generation in-display fingerprint scanner and is protected by curved Corning® Gorilla® Glass 5 on both phones.

The aesthetics department is completed by the pulsating notification LED that sits on top of the pop-up camera mechanism (tested to work at least 300,000 times) along with a stylish halo ring around the camera module.

It is powered by a huge 4,000 mAh battery, which can last upto 2 days in regular usage conditions. Both the phones come with USB Type-C port, 3.5mm headphone jack and fast-charge support. Redmi K20 series comes with the highest quality standards; P2i nano-coating makes the phones splash-proof, while Corning® Gorilla® Glass 5 on the front and rear of both phones make them durable and long-lasting, beautiful pieces of tech. Other intuitive quality improvements include fall detection, which makes the pop-up camera retract automatically in case of a drop.

Speaking on the occasion, Sourabh Kothari, Country General Manager - Nepal, Xiaomi, said, “We are thrilled to launch the Redmi K20 series in Nepal. As the first of our Redmi flagship series in Nepal, Redmi K20 and K20 Pro truly redefine the ultimate flagship experience. Featuring the new pop-up camera along with an AMOLED screen, as well as an in-display fingerprint sensor, the phones offer our Mi Fans the best of cutting-edge technology with high quality at truly honest pricing. We are also delighted to share that our Mi Fans can experience the all-new Qualcomm® Snapdragon™ 855 and Qualcomm® Snapdragon™ 730 in Redmi K20 Pro and Redmi K20 respectively, thus bringing power-packed performance to all users in Nepal.”

Redmi K20 Pro is a true flagship; a power user’s delight. It is the first Redmi phone to be based on the Qualcomm® Snapdragon™ 855 mobile platform, which is the fastest processor in the world (45% faster than its predecessor SD 845). The Snapdragon 855, with its tri-cluster architecture (1 x Prime core, 3 x Gold cores, 4 x Silver cores) and 7nm architecture, gives Redmi K20 Pro immense processing prowess, making it one of the most powerful smartphones in the world.

Redmi K20 is one of the first phones to be launched with the new Qualcomm® Snapdragon™ 730 SoC. Snapdragon 730 is the 3rd fastest chipset to be ever launched by Qualcomm (after SD 845 and SD 855) and is 40% faster than its predecessor - the Snapdragon 710. This makes Redmi K20 one of the most powerful phones in the mid-premium segment.

Redmi K20 Pro will be available from 11th August in three colours - Flame Red, Glacier Blue and Carbon Black, across all offline channels in Nepal and Daraz.com.np for NPR 49,999 for the 8GB+256GB variant.

ILO: More Than One In Six Young People Out Of Work Due To COVID-19 By NEW SPOTLIGHT ONLINE 17 hours, 7 minutes ago

FAO Warns Multiple Impact Of Viruses, Plagues And Economic Damage Will Fuel Hunger In Asia And the Pacific By NEW SPOTLIGHT ONLINE 3 days, 8 hours ago