My First Impressions Of Kathmandu (With Photo Features)

Traffic is a merry chaos, with taxis, motorbikes and buses trying to find their way around by tooting...a lot of tooting. 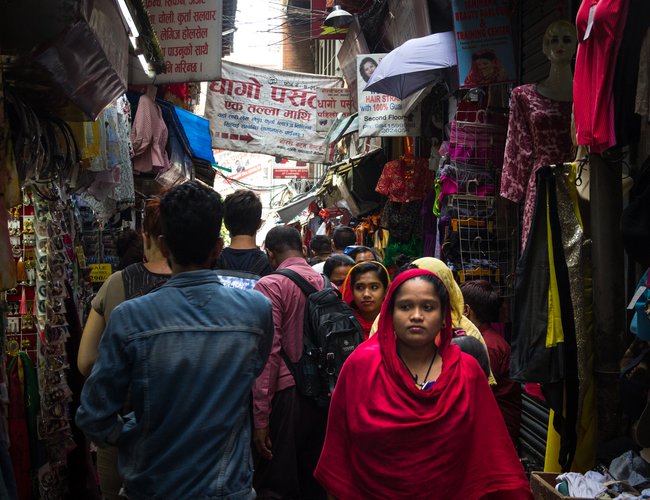 The first thing I noticed when I landed in Kathmandu airport was that the time difference is of 5 hours and 45 minutes with respect to UTC. Why these 15 minutes...this is a good question...that I will not answer in this article. The second thing I noticed came from my physical senses: smell, noise, dust...Kathmandu is a busy and messy city. It is common to see piles of dirt in the streets, people spitting, street dogs everywhere, or even cows sometimes.Traffic is a merry chaos, with taxis, motorbikes and buses trying to find their way around by tooting...a lot of tooting. Taking the bus is actually quite an adventure here. There is no real fixed places for bus stops so people hop on and off along the way. The driver assistant is shouting the bus direction and the name of the next stop, and kicking the bus, or, if he is gentle, simply whistling, so that the driver stops when people want to hop on or off. Due to this intense traffic, and the dust of the reconstruction works, it is not uncommon to see people wearing masks to avoid respiratory issues. Sometimes walking in the maze of the capital feels like taking part to an obstacle course: jumping over dirt piles, being mindful of lying street dogs in the middle of pavements, zig-zagging between vehicles… Even in narrow crowded streets, motorbikes are still trying to weave between people. In short, as a western European, it was a little bit of a shock the first time I went out in Kathmandu. I already traveled in other developing Asian countries, but Kathmandu was definitely more overwhelming.

Contrary to the busy look of the city, Nepalese notion of time is actually quite relaxed. Having 1 or 2 hours delay is really normal here, and even postponing events to a next day 5 minutes before the original time is totally accepted. Unfortunately, Kathmandu does not have a lot of places to let you enjoy this relaxed side of the Nepalese culture. One of them is the Garden of Dreams, whose quietness really contrasts with the loudness of the capital. There, couples come to spend a romantic moment, and groups of friends gather to take pictures together. It really is an oasis of calm inside the jungle of Kathmandu. Talking about couples, I noticed that man and woman interactions are quite different there. It is not usual to see couples kissing in public or even holding hands. In fact, most of the time I saw men hanging out with men and women with women. What, however, is really common to see, is same sex display of affections, that is, putting an arm around the other’s shoulders or holding hands, even for men.

What I also noticed in Kathmandu are the colors. Nepalese, and especially women, like to dress in a colorful way: red, blue, green, orange...fabrics generally have vivid colors which gives a beautiful touch to the city. In temples, some trees got their roots colored, and of course prayer flags come in the five colors of Buddhism: red, green, yellow, blue and white. Besides, like India, Nepal celebrates the Holi festival where people throw color pigments at each other.

After walking in the streets of the capital, as any person visiting Kathmandu for the first time, I went visiting some of its most popular temples. There, families of monkeys can be seen running and jumping around. They chose these sacred places as their home. They look cute, but one should not get too close or carry food outside a bag. They tend to steal food and can become aggressive. I saw a mum monkey carrying its baby and drinking water at a fountain. It was funny to see how she was ruling the area and not letting humans drink. Her expression was saying something like “I am first, wait for your turn”.

But next to sneaky monkeys, I really felt the spirituality of these places. I saw prayer flags flapping and prayer wheels being turned, I saw people worshiping gods and mourning a family member. I understood that religion is still very present in the daily life of Nepalese people. In Nepal 80% of the population are Hindu and 10% are Buddhist (the remaining are a mix of other religions). These two religions coexist in the country since centuries and they have influenced each other over the years. As a result, some Hindu gods can be seen in Buddhist temples and vice-versa. Moreover, many festivals related to religious traditions are taking place throughout the year. It is said that “there are as many festivals as there are days in a year” in Nepal, and looking at the diversity of people here, that might be true. It is indeed clear when walking around the capital that Nepal is the place where all people from Asia meet. The city is a big melting pot of Asian looks.

As a conclusion I would say that Kathmandu can be a tough city and sometimes even exhausting. But going around there is still an enchanting and memorable experience that you should not miss when coming to Nepal. Taking the time to discover the capital is undoubtedly worth it. 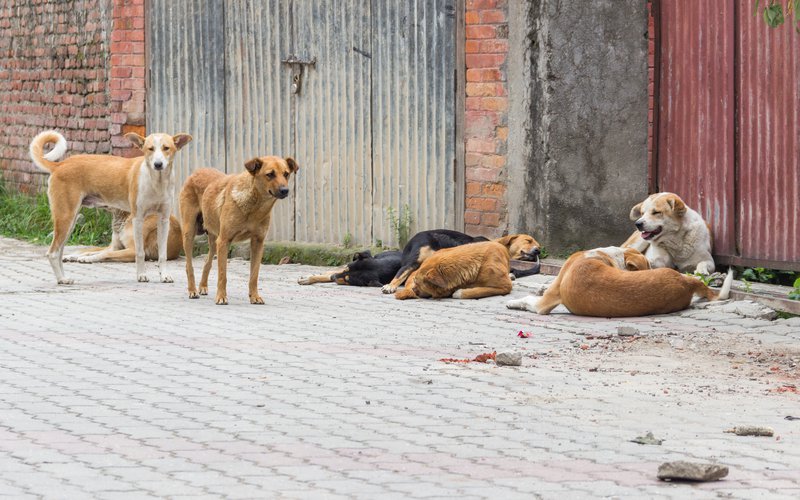 A dog pack in a street of Kathmandu 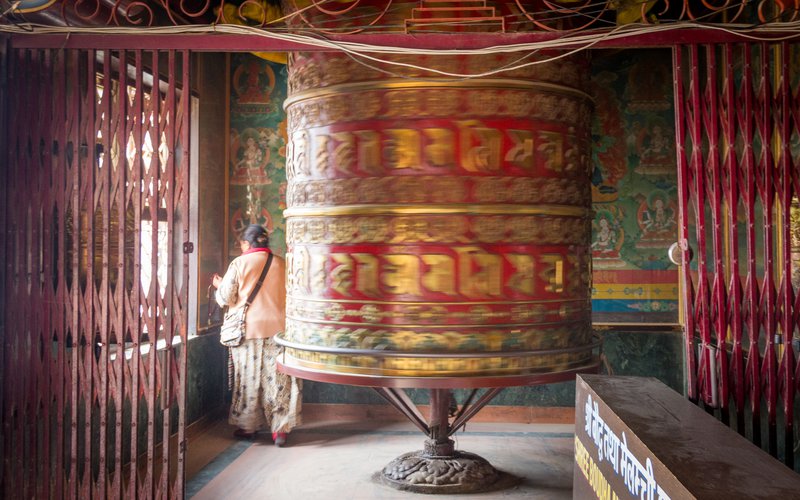 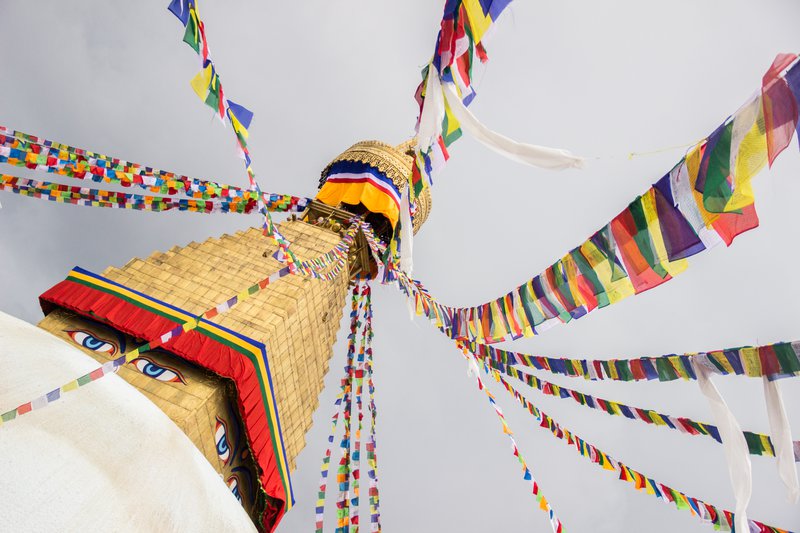 Top of the Bouddhanath stupa 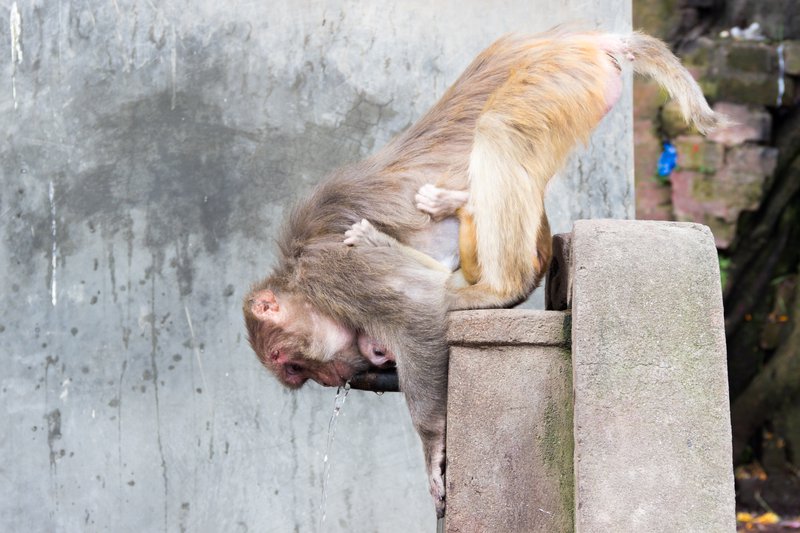 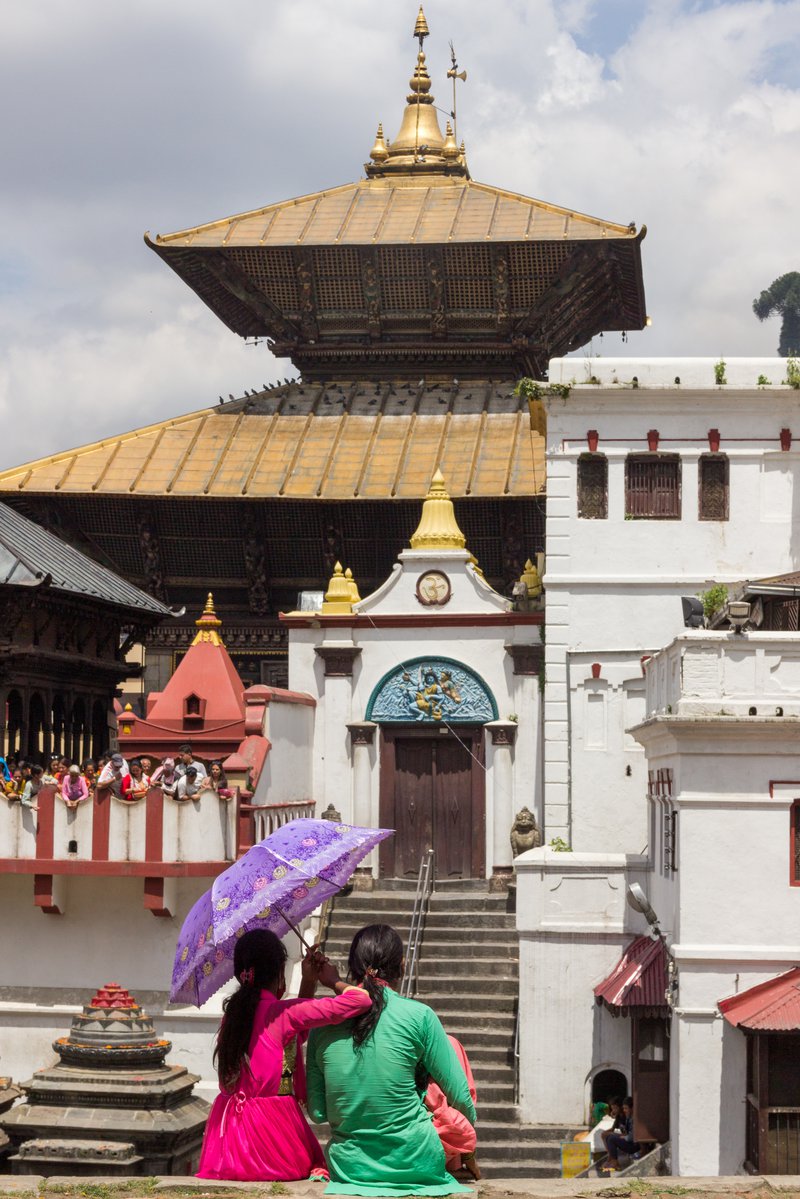 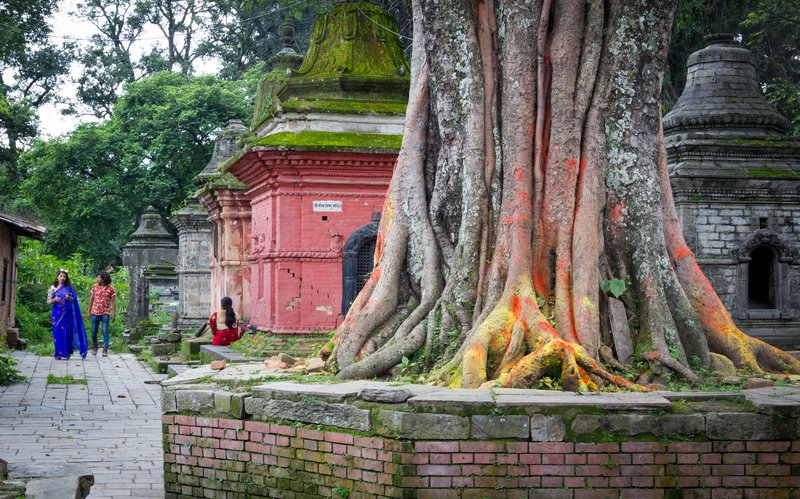 Colored tree next to Pashupatinath temple 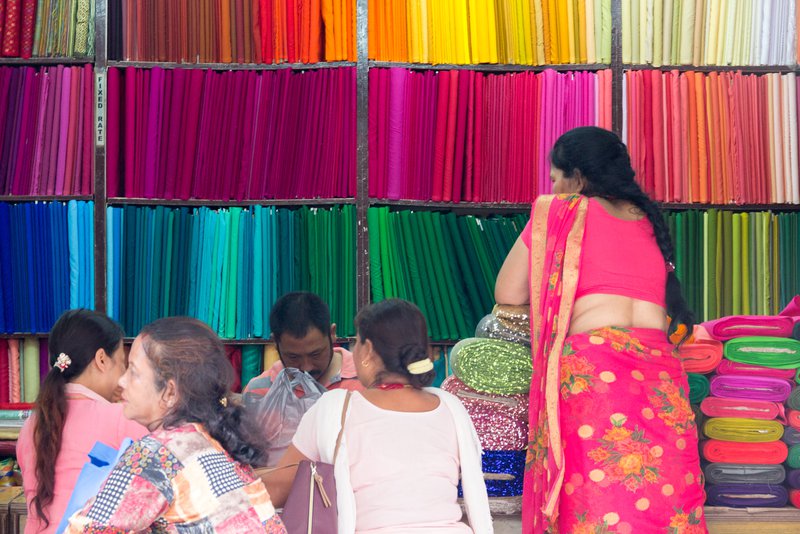 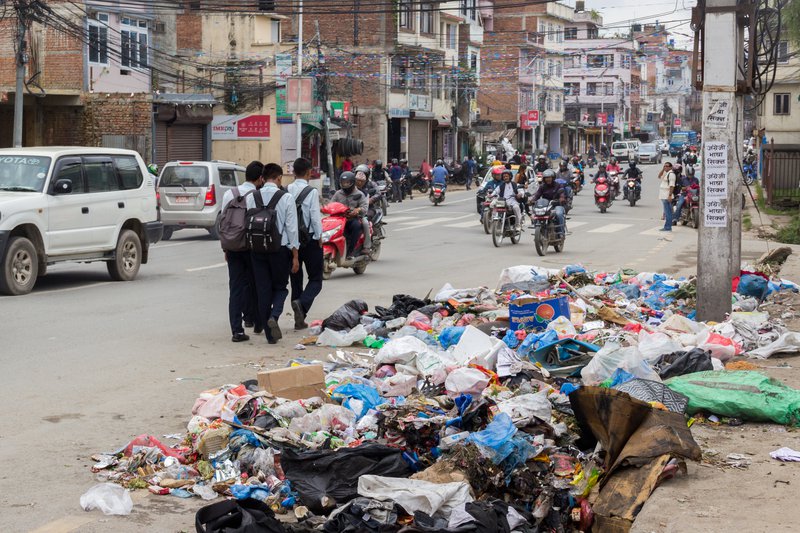 Piles of dirt in a street of Kathmandu 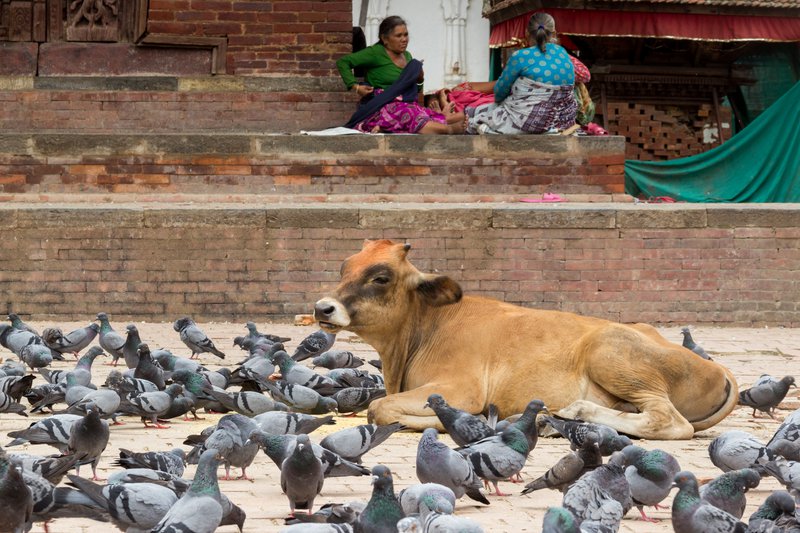 A cow in the Durbar Square of Kathmandu

She is from France

Hindutva: Mughlani versus non-Mughlani By Dipak Gyawali 1 day, 12 hours ago

Women In Leadership By Aagya Pokharel 2 days, 23 hours ago

US-Iran Crisis And The Possible Impact By Binoj Basnyat 4 days, 16 hours ago

Wind Of Liberalization And Nepal By Dr. Tilak Rawal 3 weeks ago