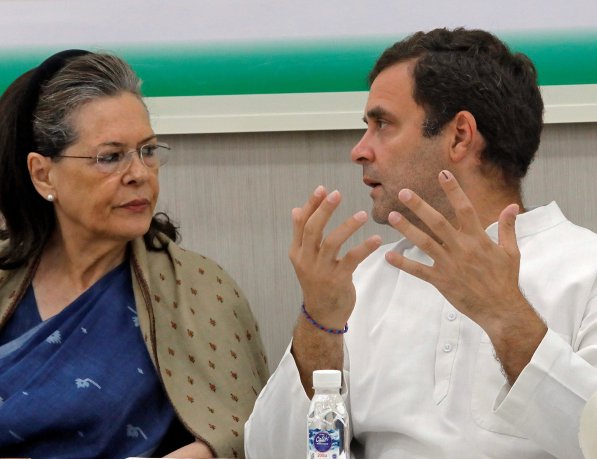 The party accepted the resignation of her son Rahul Gandhi, who quit in July after Congress’ crushing defeat in national elections. He continues to be a member of Parliament.

A party working committee then asked Sonia Gandhi, 72, to take over in a stop-gap arrangement, party spokesman K.C. Venugopal said.

Sonia Gandhi handed the top party post to her son in 2017 after she suffered health problems. The party has long been led by the politically powerful Nehru-Gandhi family.

Prime Minister Narendra Modi's Bharatiya Janata Party won 303 out of 542 seats in the lower house of Parliament, while the Congress party won 52 seats in April-May elections.

In January, Rahul Gandhi inducted his sister Priyanka Gandhi Vadra into politics as a party general secretary months before the national elections.

Several Congress leaders want Vadra, 47, to succeed Rahul Gandhi as party president. She has in the past helped her mother and brother campaign in their constituencies in northern Uttar Pradesh state.

Rahul Gandhi's father, Rajiv Gandhi, his grandmother, Indira Gandhi, and his great-grandfather, Jawaharlal Nehru, have all served as prime minister since India's independence from British colonialists in 1947.

Bangladesh To Administer COVID-19 Vaccine For All, Free Of Cost By Agencies 3 weeks, 5 days ago

Bangladesh To Give Duty Free Access To 16 More Bhutanese Products By Agencies 1 month, 3 weeks ago