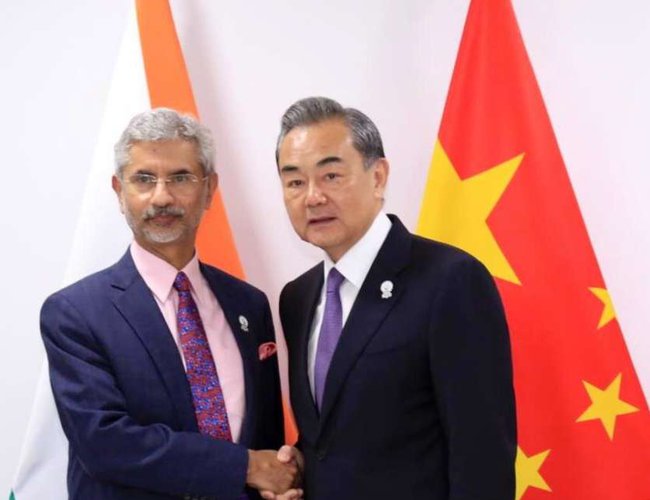 External Affairs Minister of India S Jaishankar, who is on a crucial three-day visit to China, on Monday said India-China relations should be a factor of stability at a time when the world is facing an uncertain situation. Jaishankar, who arrived here on Sunday, called on Chinese Vice President Wang Qishan at the Zhongnanhai, the picturesque imperial residential complex where top Chinese leaders reside.

He later had a restricted meeting with Foreign Minister Wang Yi followed by a delegationlevel meeting. In his opening remarks during the meeting with Vice President Wang, considered a confidant of President Xi Jinping, Jaishankar said. 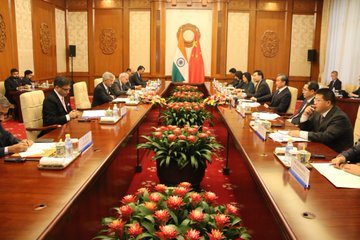 “We reached a consensus in Astana two years ago that at a time when the world is more uncertain, our relationship should be a factor of stability”. “And I am very pleased today to come in the aftermath of the Wuhan summit where the consensus between our leaders on global and regional issues has expanded," he said, referring to the summit meeting between Prime Minister Narendra Modi and Chinese President Xi.

During his three-day visit, Jaishankar will hold talks with the Chinese leadership on a host of issues including finalisation of arrangements for President Xi's visit to India later this year for the second informal summit with Prime Minister Modi.

The visit of Jaishankar, the first Indian minister to tour China after the Modi government began its second term, is taking place in the aftermath of India's decision to revoke special status to Jammu and Kashmir and its division into two Union Territories -Jammu and Kashmir, and Ladakh. His visit was finalised much before India's move to revoke Article 370 of the Constitution that gave special status to Jammu and Kashmir. Jaishankar, who was the first career diplomat to become the External Affairs Minister, served as India's Ambassador to China from 2009 to 2013, the longest tenure by an Indian envoy.

"It is a great pleasure to be back in China, and I recall my previous years with warmth. I am so glad that early in my tenure I had the opportunity to pay a visit and prepare for the informal summit between our two leaders that we hope to see soon, and also to co-chair the high-level Cultural and People-to-People Exchanges mechanism with Foreign Minster Wang Yi," Jaishankar said.

Welcoming Jaishankar, Vice President Wang said, “I also know that you are the longest serving Indian Ambassador to China and you made important contribution to the relations of our two countrie." He expressed hope the visit would boost the bilateral relations. Later, Jaishankar and Foreign Minister Wang Yi co-chaired the second meeting of the High-Level Mechanism on Cultural and People-toPeople Exchanges. The first was held in Delhi last year.

Four Memorandum of Understandings (MOUs) were expected to be signed during Jaishankar's visit. Modi and Xi set the bilateral relations back on track with their first-ever informal summit last year at Wuhan after a 73-day standoff at Doklam between the two militaries in 2017. The longstanding issue of India's concerns over trade deficit, which last year climbed to over USD 57 billion in the USD 95.5 billion bilateral trade, is expected to figure in Jaishankar's talks with Chinese leadership. Official expectations are that the bilateral trade for the first time would cross USD 100 billion this year.

Situation In China-India Border Area Is Stable And Under Control: Chinese Foreign Ministry By NEW SPOTLIGHT ONLINE 3 days, 16 hours ago

Japan To Lift State Of Emergency For All Areas By NEW SPOTLIGHT ONLINE 6 days, 15 hours ago