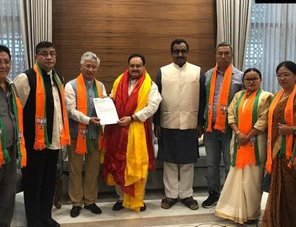 The Bharatiya Janata Party (BJP) has received another shot in the arm as 10 MLAs of the Sikkim Democratic Front (SDF) have joined the BJP today in New Delhi. This comes as warning signs for former Sikkim Chief Minister Pawan Kumar Chamling, who is also the head of SDF.

Pawan Kumar Chamling is one of the longest serving chief ministers of Sikkim and also of India. Under his leadership, the Sikkim Democratic Front won repeated assembly elections with significant majority.

Two-thirds or more numbers of the MLAs of a party can join another party without violating the anti-defection law.

Till now, Sikkim was the only state in Northeast India where the BJP was not in power. All other states have governments which are run by parterns of the North East Democratic Alliance (NEDA), a special alliance of regional parties formed by the BJP to improve its footprints in the Northeast.

Sikkim has a total of 32 assembly seats. In the 2019 state assembly elections, the Sikkim Democratic front won 15 seats while the Sikkim Krantikari Morcha (SKM) won 17. SKM is already a partner of the BJP-led NDA.

With 10 MLAs of SDF joining the BJP, its strength in the house falls to just three, as two SDF MLAs had won from two seats and have resigned from the extra seat. This is a historic low for SDF.

After this incident, Out of 32, Sikkim Krantikari Morcha: 17, Bharatiya Janata Party: 10 Sikkim Democratic Front: 03 and Vacant: 02.

Significance of today's political development can be understood from the fact that in the 2019 Sikkim assembly elections, the BJP had managed to secure only 1.62 per cent of that total votes polled in the state.

On the other hand, the Sikkim Democratic Front enjoyed the highest vote share of 47.63 per cent, followed by Sikkim Krantikari Morcha's 47.03 per cent.

Despite getting the highest vote share, Pawan Kumar Chamling's party could not get a majority in the 32-member assembly. With 10 MLAs from his party joining the BJP, Chamling not only suffers from lose of numbers in the House but also of political ground in Sikkim.

As for the BJP, things could not have been better. From being a party with zero MLAs and 1.63 per cent vote share to now having 10 MLAs and a large chunk of the vote share, it's a win-win situation for the BJP in Sikkim, especially since the next assembly elections are five years away.

The SDF was a BJP ally earlier but now SKM has replaced it as a member of the BJP-headed North East Democratic Alliance.

The SDF MLAs who joined the BJP include Dorjee Tshering Lepcha, who served as a minister in the Pawan Kumar Chamling government for three times and is a five-term MLA, and three-term MLA Ugen Gyatso.

Lepcha said they were impressed with the 'look east' approach of the Narendra Modi government, as he highlighted that his state is bounded by China, Bhutam and Nepal.

This is the first time that MLAs of a regional party in Sikkim has joined a national party "en bloc", he said.

"We want lotus to bloom in Sikkim," he said, referring to the BJP's election symbol. Meanwhile, Ram Madhav said the BJP will play the role of a constructive opposition in the state. 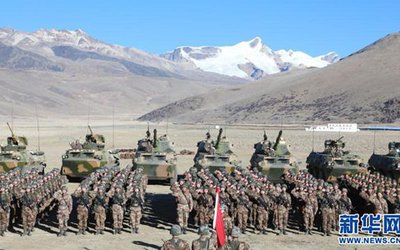 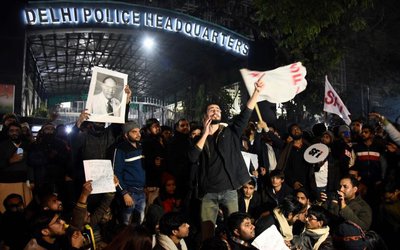