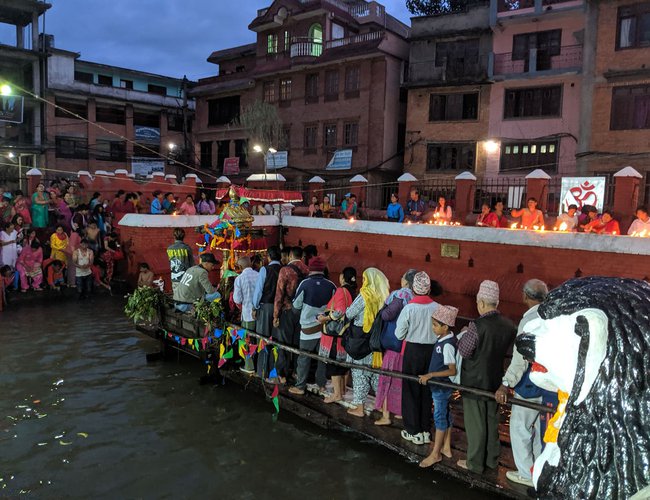 Situated in northern part of Patan Durbar Square, the temple was built in the 14th century (around 1392) by King Jayasthiti Malla that makes it the oldest temple in Patan. It is one of the two free-standing five-storied temples, the other being the famous Nyatapola temple of Bhaktapur. The temple is noted for its graceful proportions and fine woodcarvings and is dedicated to Shiva, as indicated by the large Nandi, or bull, facing the temple.

It is a popular belief that the water spring that fills the ponds originates all the way from Gosainkunda, which is located 43 kilometers north of Kathmandu. So taking a dip in the pond during the festival Janai Purnima is equivalent to doing the same in Gosainkunda. Shiva’s mount, the bull Nandi is kneeling in front of the main Kumbheshwor Temple. High above the wooden roof tiers look as if they might topple over on this five storey building. 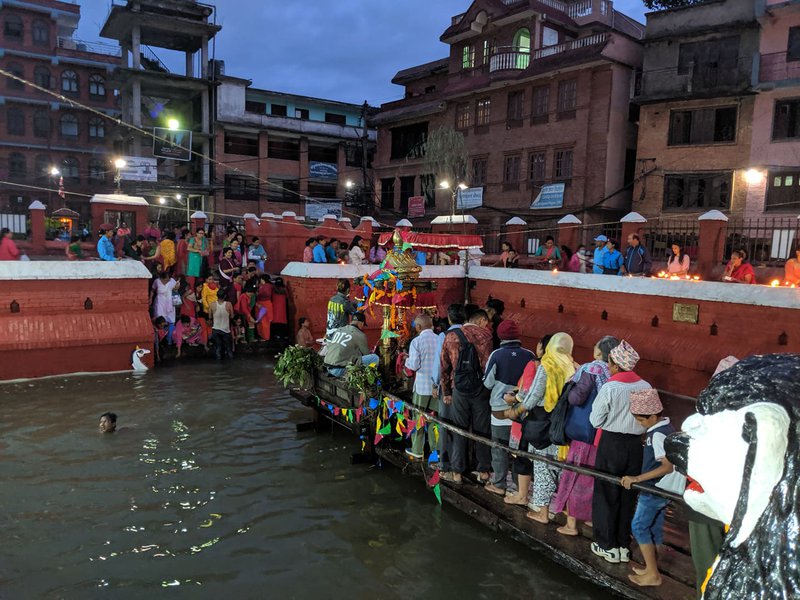 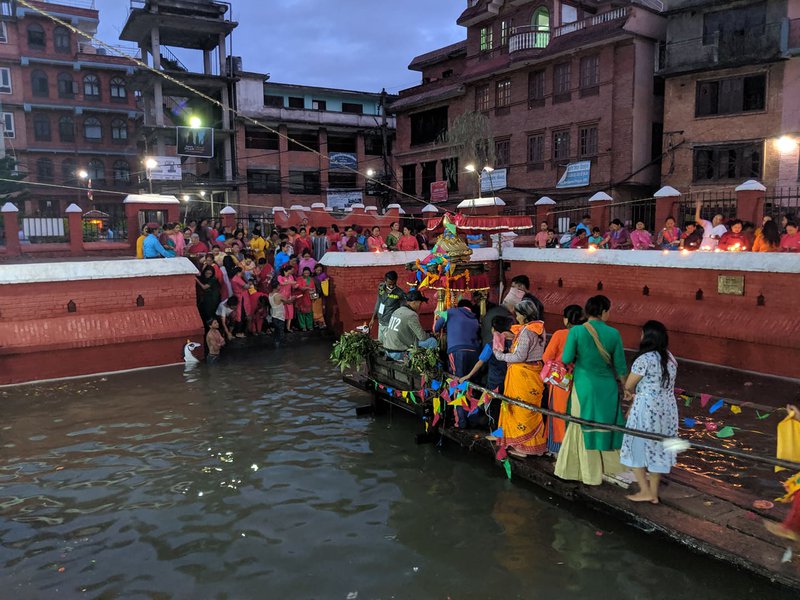 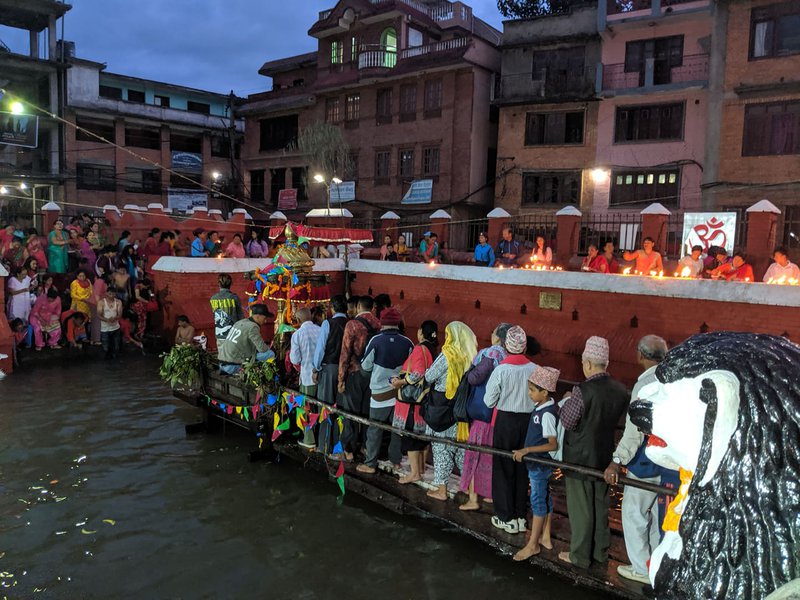 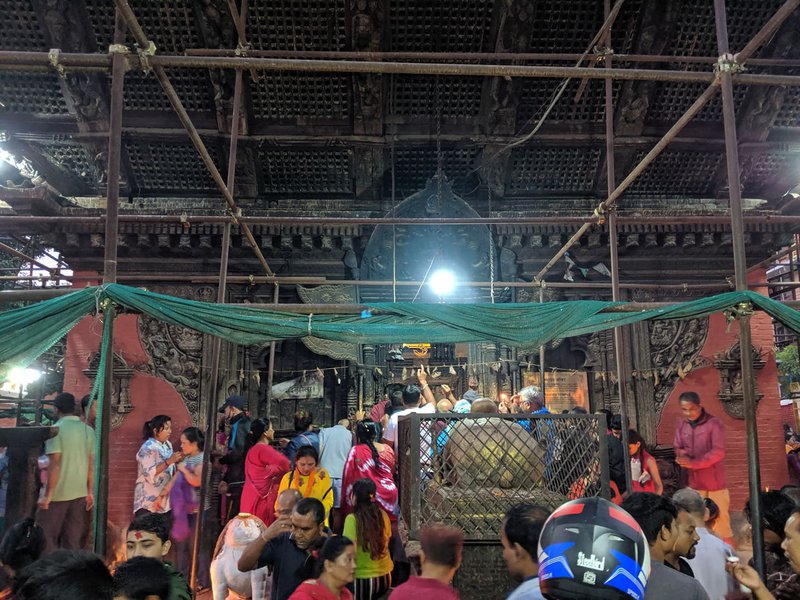 Gita Jayanti 2020: Significance And Importance Of This Special Festival By NEW SPOTLIGHT ONLINE 4 weeks, 1 day ago