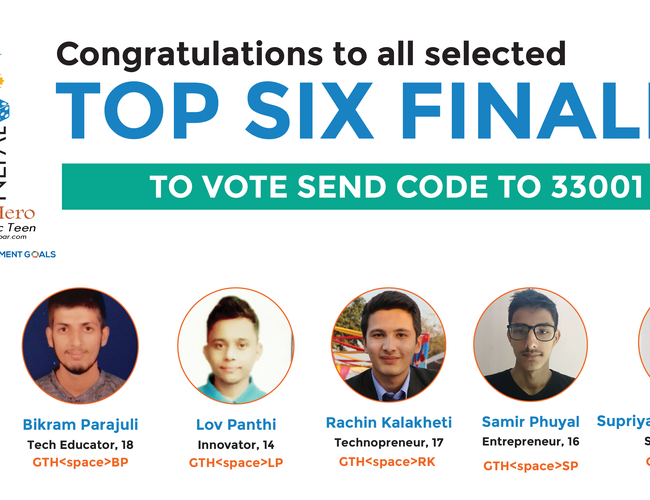 After a fantastic response from teenagers around the nation, the organizer announces the shortlisted top 6 for WaiWaiGlocal Teen Hero 2019.

This year’s competition received over 598 applications, from fascinating teenagers demonstrating the diverse potential of this often under looked age-group of people. The applicants had demonstrated their skills and expertise, and made an impact in their society, from areas like social work to journalism, from robotics to computer programming and from entrepreneurship to community development among others.

Glocal Teen Hero is a platform for Nepali teenagers to share their initiation, creativity, and enthusiasm which will then motivate them and more of the other teenagers in the nation to develop an entrepreneurial thinking. 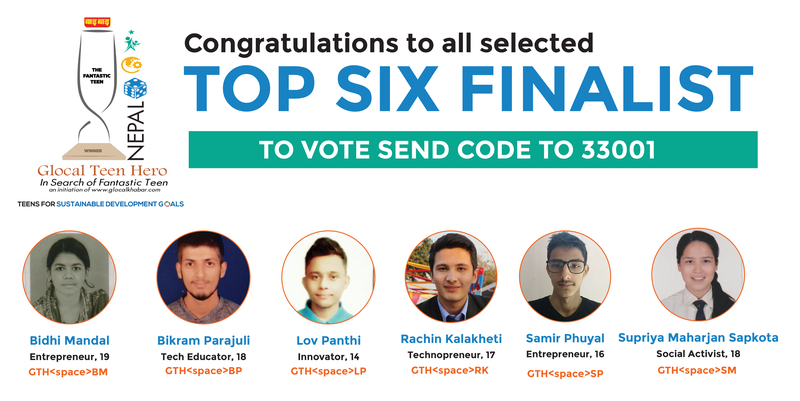 This is the fifth edition of the first ever program designed in the country to recognize dedicated, passionate, and innovative teenagers so as to encourage their initiatives. Bipana Sharma, a 17-year old child rights activist from Sunwal, Nawalparasi; Santosh Lamichhane, a young scientist, Sachin Dangi, Social Activist were felicitated with the First, Second and Third Glocal Teen Hero awards in the years 2015, 2016 and 2017 respectively. Similarly, Prashansha KC, Social Activist was felicitated WaiWaiGlocal Teen Hero in 2018.

Started from inside the Kathmandu valley only in the year of inception, the competition this year had reached out to teenagers nationwide and conducted information sessions in various schools and colleges. The reach and interaction with the teenagers was overwhelmingly high reaching to 60000.

Nepal Is Working With India To Resolve Kalapani Issue By NEW SPOTLIGHT ONLINE 5 hours, 18 minutes ago