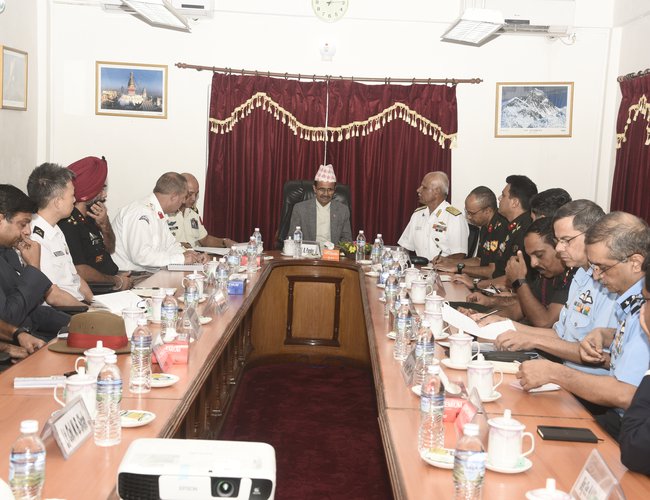 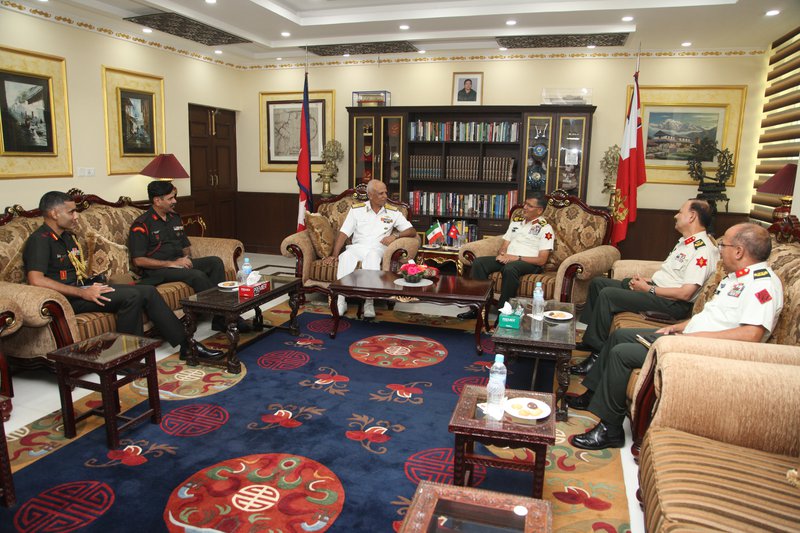 They were also briefed about various functions of the Nepali Army during their visit to the Nepali Army headquarters. The team visited Western Division Headquarters at Pokhara as well as the prestigious Mountain Warfare School at Jomsom.

The National Defence College of India is a premier institute of its type in Asia, providing instruction to senior defence and civil service officers in the wider aspects of higher direction and strategy of warfare. The course is attended by senior officers of the Indian Defence Forces and Civil Services as well as armed forces officers of friendly foreign countries. Presently one officer of the Nepali Army is undergoing the ongoing course whereas nine serving and 19 retired officers of the Nepali Army have graduated from the National Defence College, New Delhi.

PM Oli Adopted A Rhino By Agencies 2 days, 13 hours ago

Chanda Led Maoist And The Government To Hold Talks By NEW SPOTLIGHT ONLINE 3 days, 13 hours ago