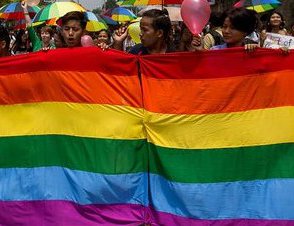 A new scientific study reveals that there is no single gene to make individual gay. A genetic study suggests that gay people are not born as gay but a lifestyle choice.

In the new study, a team led by Brendan Zietsch of the University of Queensland, Australia, mined several massive genome data banks, including that of 23andMe and the UK Biobank (23andMe did not fund the research). They asked more than 477,000 participants whether they had ever had sex with someone of the same sex, and also questions about sexual fantasies and the degree to which they identified as gay or straight.

The researchers found five single points in the genome that seemed to be common among people who had had at least one same-sex experience. Two of these genetic markers sit close to genes linked to sex hormones and to smell—both factors that may play a role in sexual attraction. But taken together, these five markers explained less than 1 percent of the differences in sexual activity among people in the study. When the researchers looked at the overall genetic similarity of individuals who had had a same-sex experience, genetics seemed to account for between 8 and 25 percent of the behavior. The rest was presumably a result of environmental or other biological influences. The findings were published Thursday in Science.

Despite the associations, the authors say that the genetic similarities still cannot show whether a given individual is gay. “It’s the end of the ’gay gene,’” says Eric Vilain, a geneticist at Children’s National Health System in Washington, D.C., who was not involved in the study.

The research has limitations: almost all of the participants were from the U.S. or Europe, and the individuals also tended to be older—51 years old on average in the 23andMe sample and at least 40 in the UK Biobank sample.

Still, researchers welcome the data. “A lot of people want to understand the biology of homosexuality, and science has lagged behind that human interest,” says William Rice, an evolutionary geneticist at the University of California, Santa Barbara, who also was not involved in the work. “It’s been a taboo topic, and now that we’re getting information I think it’s going to blossom.”

The study will not be the last word on the vexing question of what causes homosexuality, however. In 1993 geneticist Dean Hamer of the U.S. National Cancer Institute and his colleagues published a paper suggesting that an area on the X chromosome called Xq28 could contain a “gay gene.” But other studies, including the new paper, found no such link, and Sathirapongsasuti says that the new study is the final nail in the coffin for Xq28 as a cause of same-sex attraction.

The authors say that they did see links between sexual orientation and sexual activity, but concede that the genetic links do not predict orientation. “I think it’s true we’re capturing part of that risk-taking behavior,” Sathirapongsasuti says, but the genetic links still suggested that same-sex behavior is related to attraction.

Nevertheless, Hamer and others praise the new contribution to a field that suffers from a dearth of good studies. “I hope it will be the first of many to come.”

Now, a new study claims to dispel the notion that a single gene or handful of genes make a person prone to same-sex behavior. The analysis, which examined the genomes of nearly half a million men and women, found that although genetics are certainly involved in who people choose to have sex with, there are no specific genetic predictors.

Yet some researchers question whether the analysis, which looked at genes associated with sexual activity rather than attraction, can draw any real conclusions about sexual orientation.