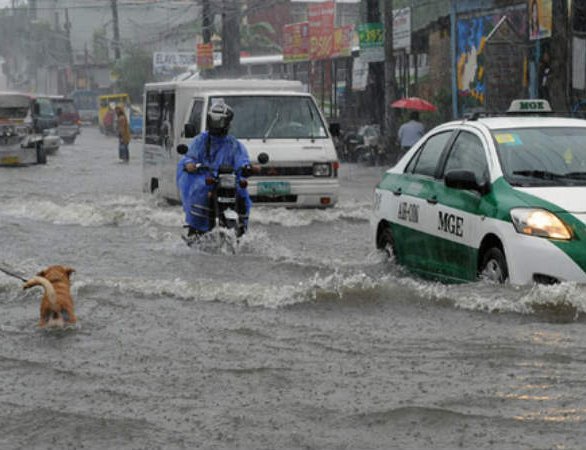 Several provinces in upper Thailand have been hard hit by heavy rain brought by the tropical storm Podul since last night, with Khon Kaen among the hardest hit. Floodwater was reported to be as high as three metres in some districts.

According to Skymet Weather Team. now the storm is reported to be weakening as it moves further West. Storm Podul to enter Bay of Bengal around September 1 or 2 .

People flocked local roads, waiting for help from authorities after their houses were submerged overnight. Some families were stranded and were waiting on their roofs. Strong currents were reported in the area. Multiple vehicles were submerged in these waters.

After inducing heavy rains and ferocious winds over Vietnam, Storm Podul has now already crossed the country while weakening into a Depression. It is presently over Laos and located at 17’N and 106’E.

“In another 12 hours the storm will traverse over to Thailand. Podul might spend about 48 hours in Thailand before it crosses over to Burma,” reports Skymet Weather.

The storm may again enter the sea into Bay of Bengal as a Low-Pressure Area around September 1 or 2.

Moderate To Dense Fog Across Southern Terai Of Neal By NEW SPOTLIGHT ONLINE 2 days, 19 hours ago