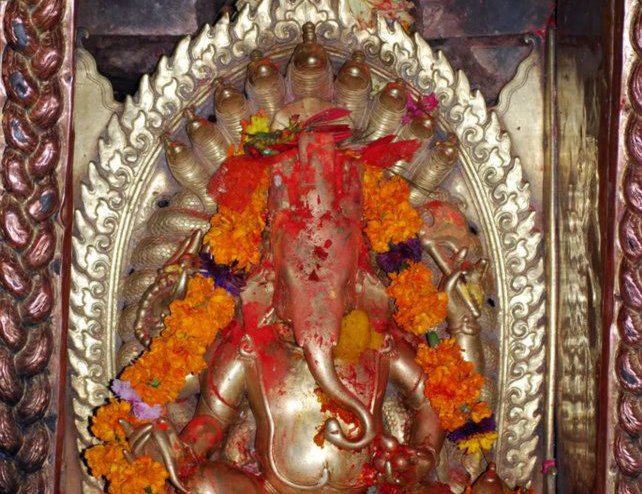 Hindu devotees in Nepal are to pay homage to Lord Ganesh on the occasion of Ganesh Chaturthi on Tuesday. Devotees particularly throng the temples of Ashok Binayak and Chandra Binayak in Kathmandu, Surya Binayak and Kamal Binayak in Bhaktapur.

A Hindu deity Ganesh, the son of Shiva and Parvati, who is also known as Ganapati and Binayak, is revered as the remover of obstacles and the patron of arts and sciences. He is also the god of intellect and wisdom, according to Ganesh Purana. He is worshipped at the beginning of any religious ritual or undertaking.

According to Wikipedia, Ganesh Chaturthi or "Vinayak Chaturthi" is one of the major traditional festivals celebrated by the Hindu community. It is observed in the Hindu calendar month of Bhadrapada, starting on the shukla chaturthi (fourth day of the waxing moon period). Typically the day falls sometime between August 20 and September 15. The festival lasts for 10 days, ending on Ananta Chaturdashi, and is traditionally celebrated as the birthday of Lord Ganesha. According to Hindu mythology, Lord Ganesha is the son of Shiva (The God of Destruction in the Hindu Holy Trinity of Creator-Preserver-Destroyer) and Parvati (Shiva’s consort).

The cutest and most lovable Indian God, Ganesha or Ganpati has the head of an elephant on which rests an elegant tiara, four podgy hands joined to a sizeable belly with each hand holding its own symbolic object - a trishul or a trident in one, an ankush or goad (made from his very own broken tooth) in another, a lotus in the third and a rosary (which is sometimes replaced by modaks, his favourite sweet) in the fourth. Revered as the deity of auspiciousness and wisdom, Lord Ganesha is also famous for being a trickster and for his profound sense of humour. It is believed that Lord Ganesh was born on a fourth day (chaturthi) of the bright fortnight of the Hindu lunar month of Magh. Since then, an association between Ganesh and chaturthi has been established. 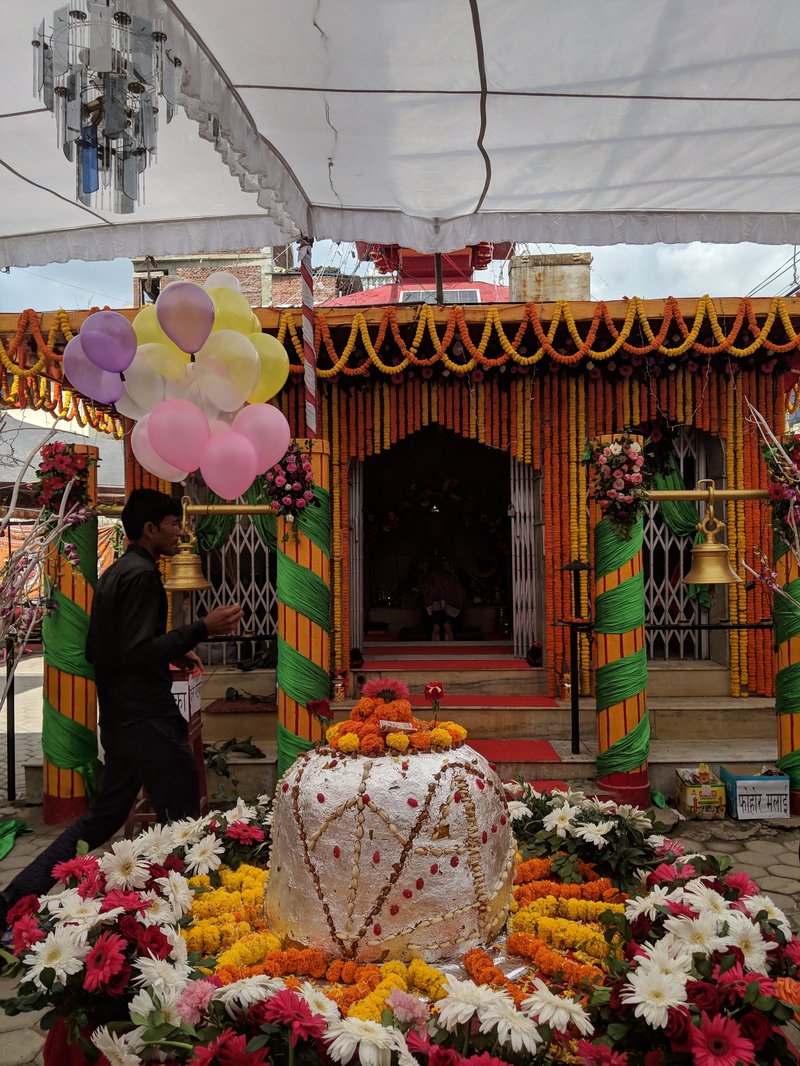 Thus the festival dedicated to the worship of Lord Ganesha on this chaturthi day is named as Ganesh Chaturthi. There is a curiously interesting tale about the birth of Ganesha. It is believed that once while Parvati was bathing, she created a human figure from some unguent and balm, gave him life and asked him to guard the door while she bathed. After a long period of meditation on Mountain Kailash (Lord Shiva’s abode), Shiva chose that very moment to drop by to see his better half, but was abruptly stopped by the man-god Parvati had posted at the door. Outraged by the cheek of this stranger, Shiva cut off his head only to discover moments later that he had killed Parvati’s son! For fear of enraging his wife, Shiva immediately dispatched his ganas (attendants) to get him the head of the first living creature they could find. Well, the first living creature happened to be an elephant. As instructed, the head was chopped off and brought back to Shiva, who placed it on Parvati’s son’s body, bringing him back to life.

This elephant-headed god was welcomed into the first family of the Hindu heavens and named Ganesha or Ganapati, which literally means the chief of the ganas, or the attendants of Shiva. Ganesha is the foremost god of the Hindu pantheon. This brave guardian of the door to Parvati’s bath is beheld today as the most auspicious God of new beginnings. He is worshipped during every festival and before people undertake a journey or embark upon a new venture. You will also see him carefully guarding entrances to temples and homes, peeping out of calendars and happily gracing marriages and other such occasions. It is not known when and how Ganesh Chaturthi was first celebrated. But according to the historian Shri Rajwade, the earliest Ganesh Chaturthi celebrations can be traced back to the times of the reigns of dynasties as Satavahana, Rashtrakuta and Chalukya. Historical records reveal that Ganesh Chaturthi celebrations were initiated in Maharashtra by Chatrapati Shivaji Maharaja, the great Maratha ruler, to promote culture and nationalism.

The Newar community celebrates the day as Chatha Parva while Tharu community observes as Chauthi Chan.

Swasthanibrathakatha To Conclude Today By Agencies 3 days, 21 hours ago