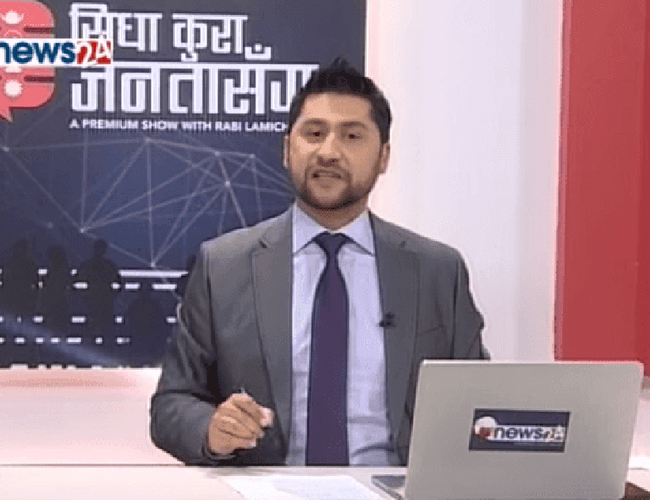 Seeking to quash Chitwan District Court’s order to release them on bail, TV presenter Rabi Lamichhane and his colleague Yuvaraj Kandel have filed a petition at the High Court in Hetauda reports The Himalayan Times.

Spokesperson at the Hetauda-based High Court, Amrit Ghimire confirmed that Lamichhane and Kandel were present in person to file the petition at the Court, which mentions that their release order be transferred to general date as the case proceeds.

Chitwan District Court had granted release of Lamichhane, Kandel, and Asmita Karki also known as ‘Ruku’ on the evening of August 26 on bail of Rs 500,000 and Rs 300,000 respectively, and Karki on general date, until the verdict was passed.

Moreover, the district court has also prohibited Lamichhane and Kandel from speaking publicly or running any TV program related to the Pudasaini suicide case given the fact that the case was under consideration in a court of law. Similarly, in case the two need to go abroad for treatment, they will have to seek prior written permission of the court.

Lamichhane, Kandel and Karki had been taken in police custody on August 15 from Kathmandu and taken to Chitwan for investigation after a video footage — recorded by journalist Shalikram Pudasaini on his mobile phone accusing the trio of abetting him to commit suicide — became public.