Acid Attack On A School Girl in Birgunj

Acid Attack On A School Girl in Birgunj 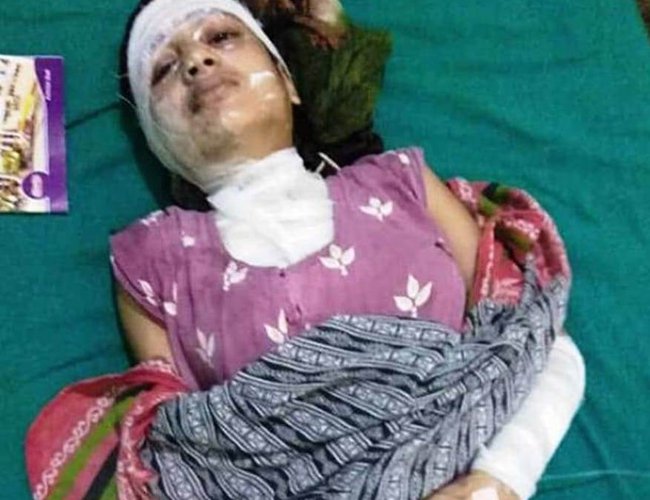 According to police, the girl -- a student -- was on her way to school from home. Two youth were following her on motorcycle and threw acid on her near the Church complex area of the city.

Police has arrested Samsad Miya Maksed Alam,16, from Chpakaiya. Alam through acid after the girl reportedly rejected his offer for love.

She was rushed to Naryani Hospital for treatment. He condition is said to be critical. Police have recorded her statement in which she named Alam was one of the attackers.

Police Has Made Public Bhagrathi Murder Case Accused By Agencies 1 week, 2 days ago

Bhagirrathi Was raped Before Murder By Agencies 2 weeks, 6 days ago

French Paedophile Arrested By Police In Nepal By Agencies 2 months, 3 weeks ago

Rape Cases Increases In Nepal, 77 Percent Of Victims Are Minor By Agencies 3 months, 4 weeks ago