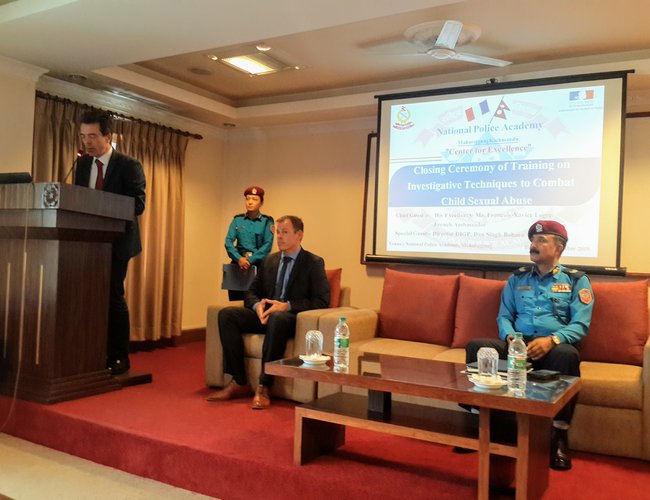 The French Embassy in Nepal organized training for police officers on investigation techniques to combat child sexual exploitation from September 2nd until September 6th at the National Police Academy in Maharajgunj.

The training focused on different investigation techniques such as methods of interview (victim and offender), searches, dedicated forensic researches and cyber investigation. 19 officers from Nepal Police and 1 officer from Armed Police Force benefited from this training.

The closing ceremony was held on Friday, September 6th at the National Police Academy in which the certificates of completion were handed out by French Ambassador François-Xavier Légér in the presence of the Director of National Police Academy, DIGP Mr. Dan Singh Bohara. Also present were the specialized investigators/instructors from France, Benedicte Boret and Stéphane Bertoli. 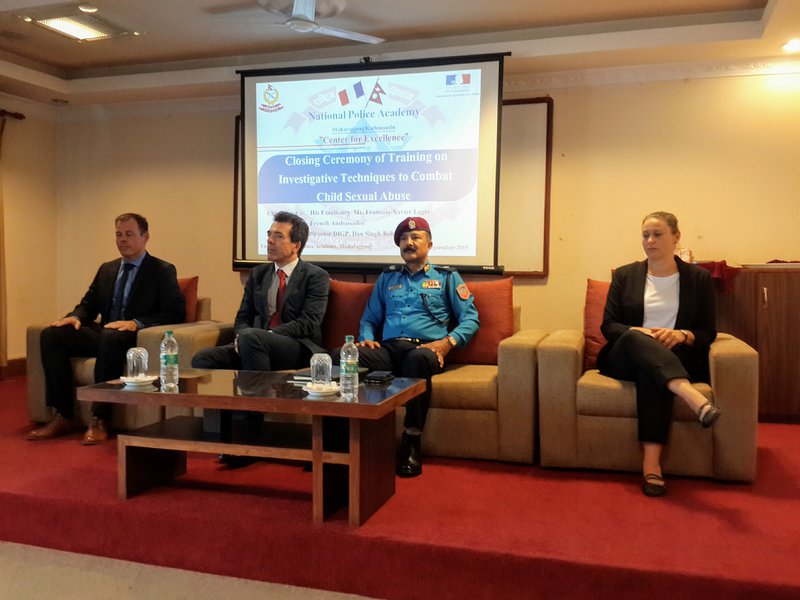 On the occasion, French Ambassador Léger remarked that, “This is the third training of its kind organized by the French Embassy along with Nepal Police to combat sexual exploitation of children.

This confirms our commitment to a common goal, protection of our children, and our mutual will to strengthen our bilateral police cooperation to achieve that goal.”

DIGP Bohara thanked the French government and appreciated the efforts of the instructors.

Nepal Is Committed To End All Kinds Of Discrimination: Foreign Minister Gyawali By Agencies 5 days, 4 hours ago