India Is Trying To Reconnect With Lost Chandrayaan-2

India Is Trying To Reconnect With Lost Chandrayaan-2 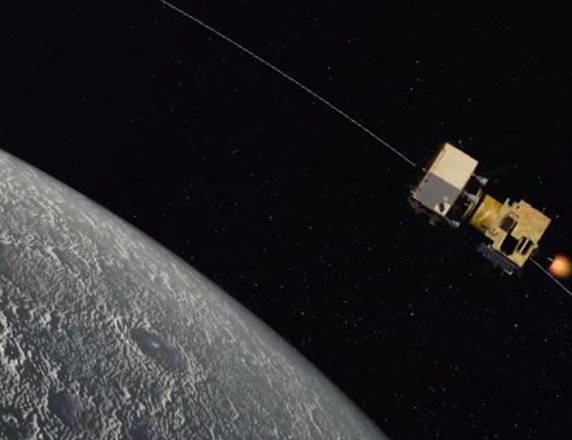 India has located the lander from its Chandrayaan-2 mission to soft land a rover on the moon but has not yet been able to establish communication, India's space agency said.

The historic mission appeared to end in failure on Saturday after scientists lost contact with the Vikram lander moments before touching down on the lunar surface.

Indian Space and Research Organisation (ISRO) spokesperson Vivek Singh said that cameras from the Chandrayaan-2 orbiter had taken a thermal image of the lander and efforts were underway to establish a signal.

The level of damage to the lander is unclear.

Its descent went as planned until it reached an altitude of around 2 kilometers above the moon's surface. "Subsequently the communication from the lander to ground station was lost. The data is being analyzed," said K. Sivan, chairman of ISRO. A soft landing seeks to minimize damage to the lander and its contents by controlling the speed of its descent.

A successful landing would have brought India into the elite group of nations who have successfully accomplished a soft landing on the moon, after the United States, the former Soviet Union and China.

US Space Agency Has Revealed Water On The Moon By Agencies 4 months, 1 week ago

Mars Will Be Closer To Earth Today Than It Will Be For Another 15 Years By Agencies 4 months, 3 weeks ago

UAE Probe Leads To Mars On Japanese Rocket By Agencies 7 months, 2 weeks ago