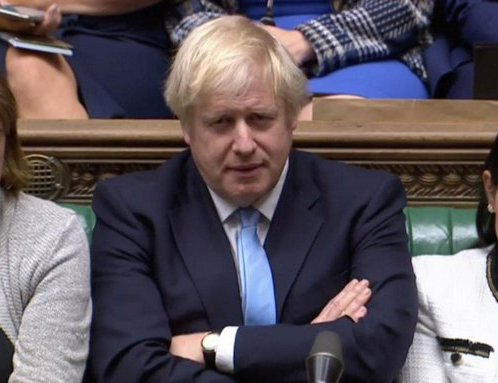 To call an election, the government needs 434 votes - two-thirds of all lawmakers elected to the 650-seat lower house of parliament. In a vote in the early hours of Tuesday only 293 backed the government’s proposal.

Johnson had wanted to hold an election in mid-October, before a European Union summit on Oct. 17 and before the country is due to leave the bloc on Oct. 31.

“This government will press on with negotiating a deal, while preparing to leave without one,” Johnson told parliament.

“I will go to that crucial summit on October the 17th and no matter how many devices this parliament invents to tie my hands, I will strive to get an agreement in the national interest.

“This government will not delay Brexit any further.”

Elections Is Just A Month Away: Alliance Is Making Is Making By Agencies 1 hour, 26 minutes ago

US Carries out Airstrikes In Syria By Agencies 1 hour, 48 minutes ago

A Massive Funeral Held For Woman Shot During Myanmar Protest By Agencies 4 days, 3 hours ago

Australian PM Is Vaccinated As Rollout Begins By Agencies 5 days, 1 hour ago

Biden Urged China To Compete In Accordance With Global Economic Rules By Agencies 6 days, 3 hours ago