Monsoon Remains Active For Another Week

Monsoon Remains Active For Another Week 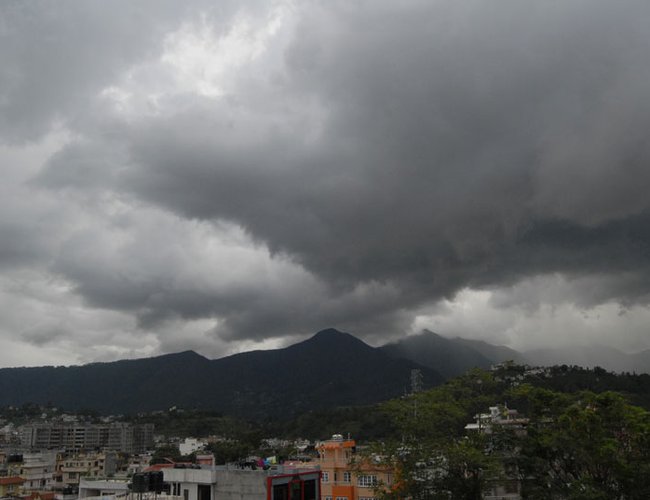 Monsoon 2019 has had a hattrick of good start as far as the first ten days of July, August and September are concerned. The month of June had begun on a sluggish note with the Monsoon arriving seven days late than its usual time. Moreover, the month of June had ended on a deficit note.

In fact, in the first ten days of the month of June, the country had recorded rains deficient to the tune of 44 percent with the month ending on a deficit of -33 percent.

On the other hand, the month of July began with a bang with the country observing 22.5 percent surplus rains in the first ten days, taking the deficiency down to just about -14 percent.

The second core Monsoon month, August also had a very good start in the beginning wherein the first ten days had seen 49 percent of surplus rains, with which the cumulative rains came down to 0 percent.

Moreover, the month of August saw a series of Monsoon systems, about seven which formed in Bay and moved inland drenching many parts of the country.

The heaviest daily rainfall was observed on August 9, when the countrywide average rains were at 19.3 mm followed by August 8 at 18.4 mm.

Meanwhile, September followed a similar track with the rain surplus being at 36.2 percent in the first ten days of the month. Usually, the average rains in September go down, even then, September 5 saw the daily rains at 11.8 mm, and September 8 10.9 mm.

If the figures are compared to 2018, June had a surplus of 15 percent but all the other three months were deficient with July being at -15 percent, August -33 percent, and September -14 percent.

A Low Pressure had formed in the Bay of Bengal around September 4. Thereafter, the system moved inland across the central parts of the country. The system has been hanging around and is likely to stay for another three to four days.

However, after a couple of days, rains will see a drop and reduce resulting in the daily rainfall in being even below normal at times.

Weather Forecast For March 1 Across Nepal By NEW SPOTLIGHT ONLINE 2 hours, 59 minutes ago

Weather Update And Forecasting For February 28 Across Nepal By NEW SPOTLIGHT ONLINE 1 day, 2 hours ago

Weather Update And Forecasting For February 27 Across Nepal By NEW SPOTLIGHT ONLINE 2 days, 2 hours ago

Generally Cloudy In The Hill Areas Across Nepal By NEW SPOTLIGHT ONLINE 3 days, 2 hours ago

Weather Update And Forecast For February 25 Across Nepal By NEW SPOTLIGHT ONLINE 4 days, 2 hours ago

Weather Update And Forecast For February 24 Across Nepal By NEW SPOTLIGHT ONLINE 5 days, 2 hours ago