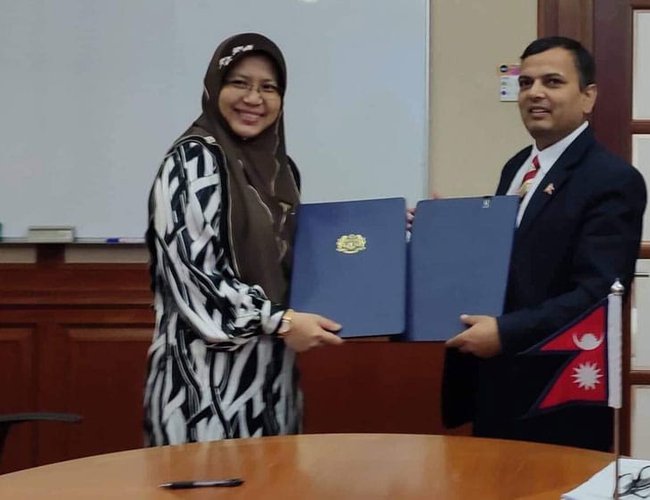 Held in Kuala Lumpur, the two parties agree to start the resumption of sending Nepali migrant workers. Government officials have been saying that Nepali workers are going at zero cost following agreement.

Ram Prasad Ghimire, joint secretary at the Ministry of Labor, Employment and Social Security and head of the Nepali delegation, is taking part in the meeting.

Although both the countries had reached a bilateral labor agreement in October, some technical issues had to be finalized still. The meeting agreed to address the concerns of Nepal including bio-metric test.

The seven-member delegation from Nepal also comprises the representatives from the Ministry of Foreign Affairs and Ministry of Law and Nepali Embassy in Malaysia.

The United States In Partnership With ADB Completes Two Secondary Schools In Kathmandu By NEW SPOTLIGHT ONLINE 11 hours, 25 minutes ago