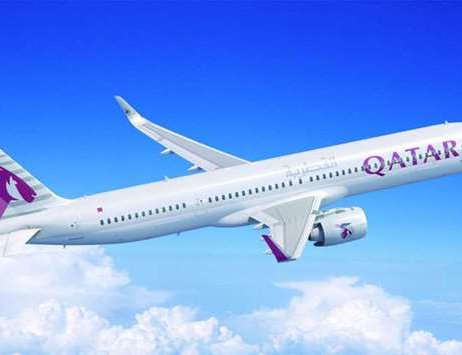 Qatar Airways is thrilled to announce that it has won three out of five global accolades in the 2020 Airline Passenger Experience Association’s (APEX) Passenger Choice Awards, announced at the APEX/IFSA Awards Ceremony held in Los Angeles (LA) on Monday 9 September 2019.

Qatar Airways Group Chief Executive, Akbar Al Baker, said: “To follow our success in the regional Passenger Choice Awards with a further three global APEX accolades is a huge achievement for our airline, and a tribute to the loyalty of our passengers from across the world.

“It is also a testament to the standard of Qatar Airways service that we have been awarded the distinction of being named a ‘2020 Five Star Global Airline’ in the APEX Official Airline Ratings™.

“As we focus on going from strength-to-strength over the coming year, we look forward to building upon this incredible foundation of success and will continue to set the highest of benchmarks to distinguish us from our competitors.”

The APEX Passenger Choice Awards and APEX Official Airline Ratings™ are based on passenger feedback gathered through APEX’s partnership with TripIt® from Concur®, the world’s highest-rated travel-organising app.

Using a five-star scale, more than one million flights are rated by passengers across nearly 600 airlines from around the world from 1 July 2018 to 30 June 2019. Passengers rate their overall flight experience from one to five stars. On the same screen, passengers are also given the opportunity to provide anonymous ratings in five subcategories: seat comfort, cabin service, food and beverage, entertainment, and Wi-Fi.

The single screen rating allows airline passengers to easily rate their flight in less than 15 seconds. The Passenger Choice Awards are independently certified by a professional external auditing company hired by APEX.

The national carrier for the State of Qatar currently operates a modern fleet of more than 250 aircraft via its hub, Hamad International Airport (HIA) to more than 160 destinations worldwide.

The airline has launched a host of exciting new destinations in 2019, including Lisbon, Portugal; Malta; Rabat, Morocco; Davao, Philippines; Izmir, Turkey; and Mogadishu, Somalia. It will also add Langkawi, Malaysia; and Gaborone, Botswana, to its extensive network in October 2019; with Luanda, Angola, joining in March 2020.