A Photo Exhibition On Nepal-France Relationship 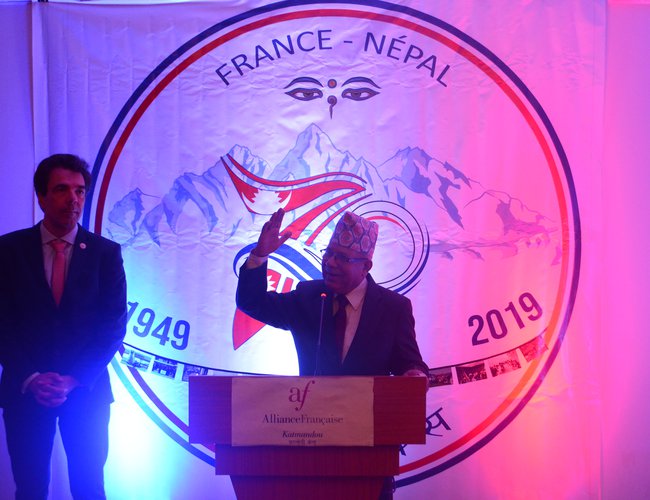 French Ambassador His Excellency François-Xavier Léger members of the diplomatic community, representatives of the Government of Nepal, well-wishers of Nepal – France relation, students, artists were present on the occasion.

In a series of programs designed to mark and celebrate the 70 years of the establishment of diplomatic relations between Nepal and France, the French Embassy and the Alliance Française Katmandou have put together a photo exhibition that will be on display from September 17th until September 30th. 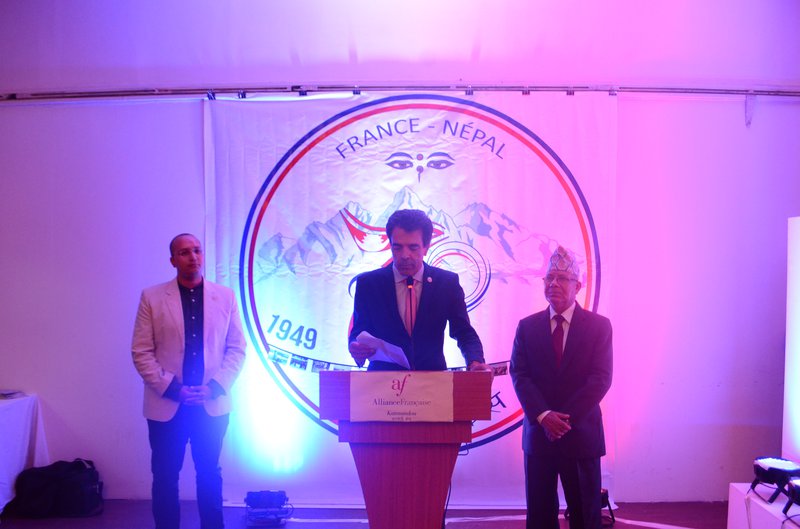 The photo exhibition has been divided into three sections. The first section of the exhibition looks at the history of the relation that existed before 1949. The second section gives us glimpses of Nepal – France relation after the formal establishment of diplomatic relations in 1949. The final section looks into the successful climbing of Mount Annapurna by the French alpinists, how the French NGOs and associations are involved in Nepal, the economic aspects, major events between Nepal and France etc.

In his opening remarks Ambassador Léger talked about how the Nepal France relation existed way earlier than 1949. He hoped that “through this photo exhibition, we all can look into our past and the root of our relations and find reasons for pride” and noted how “this will also help us better prepare for the future.”