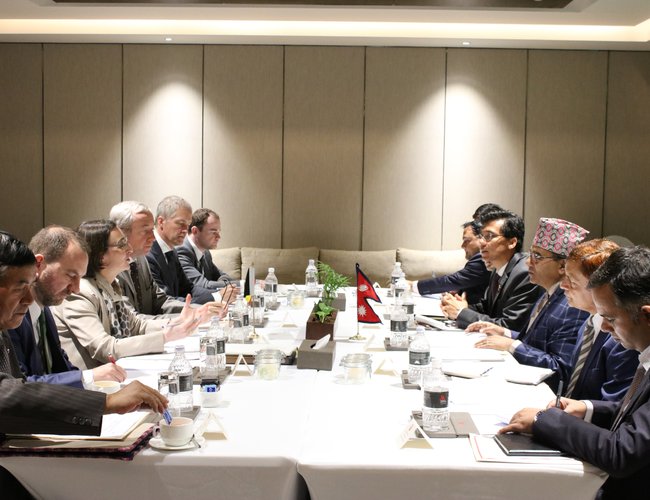 Nepal and Belgium discussed the various ways of enhancing cooperation in the areas of trade, tourism and investment and, promoting people-to-people contacts. The regional and international issues of mutual interests were also discussed during the meeting.

Held in Kathmandu, the first meeting of the Nepal-Belgium Bilateral Consultation Mechanism exchanged views on further promoting cooperation between the two countries.

According to a press release issued by Ministry of Foreign Affairs, views were also exchanged on the importance of exploring high-level visits and engaging in global issues such as Climate Change, and on the role of the upcoming Sagarmatha Sambaad in this regard.

A Memorandum of Understanding establishing the Bilateral Consultation Mechanism was signed between Nepal and Belgium on 27 June 2018. The next meeting of the Mechanism will take place in Brussels at a mutually convenient date.